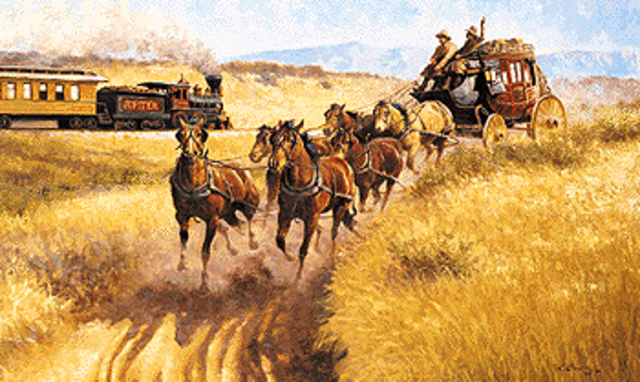 There were police cars and ambulances all around now as if the wreck had just occurred but there was no change to the broken and contorted scene we had witnessed several hours earlier.

The following was recorded in my journal on the date given below.  I have not altered the text so to preserve the recollection at the time.  Strike thorough text was due to errors or a real time change in what I wanted to say.

I had a dream last night that Michael and I were driving in the city of San Francisco at midnight.  We passed the intersection in front of my office building where an 19th century horse drawn carriage had overturned.  There was no one around yet, so we assumed it had just happened.  Except there were no injured people.  There were dogs lying dead around the carriage and the horses were still harnessed to the framed.  Their bodies where stiff – almost like brass.  Their backs were contorted with the wreck with legs upturned in a still and grotesque manner.  We left the scene.

My dream jumped forward several hours.  It was still dark in the early morning as I approached my building.  There were police cars and ambulances all around now as if the wreck had just occurred but there was no change to the broken and contorted scene Michael and I had witnessed several hours earlier.  I found it off that so much time had passed without clearing the wreckage.  It seemed as though the authorities were trying to figure out what to do.

A stranger approached me saying he could see my light and asked if I would join him and his friends. We sat on folding chairs in the lobby of my building and chatted.  I wanted to tell them about Joseph and Denver but they were otherwise distracted with gossip and the wreckage outside.  I spent a half hour with them before it was time for my work day to start.  I thanked my new acquaintances and left to find the elevator.

However, I found myself in the basement sections of the building lost.  Only concrete hallways and the usual trapping of industrial utility.  A business man appeared carrying a bag or briefcase.  He was moderate height wearing a grey suit with thinning white hair.  He noticed I looked lost and told me he could direct me to where the elevators were.  He did not intend to accompany me up, only to point the way to the lift – he had other places to be.

Now awake I realize that the sun would shortly be up and everyone in the city would see the mangled wreckage and still carcasses of the horse in the intersection of Mission and Beale St.  As I thought upon this dream again today, I saw in my waking mind the memory of me at my first LZ sacrament.  I got locked in the stairwell and had to walk 23 flights down the stairs.  There was no door at the bottom that would allow me back into the building.  My only option was to exit through the fire escape – which I knew would set off the fire alarms.

Entering LZ was a door through which I have passed and is now locked.  There are grounds for my excommunication – for partaking of the sacrament with bread and wine outside the permission of my local bishop.  Climbing down the stairs has been work – undoing years of unbelief.  Recognizing the philosophies of men that I’ve believed was doctrine.  Exiting the building could not be done discreetly.  All of the building authorities were alerted – even if all of the tenants were not.

In my dream the business man did not show me the way to the elevators on the left that I take up every morning for work.  These elevators were on the right to a tower in my dream that does not exist in this reality.  Perhaps invisible or through the veil? Definitely a symbol of ascension.

There is a man who sits in front of the BART station entrance.  I have seen him from time to time.  I felt impressed that I should get him something from StarBucks.  I felt nervous to approach him so walked on.  I dreamed of him that night – wishing I had given.  The next several times that I passed by he was not there.

I saw him again yesterday morning.  I was fasting for Tyson Hunt who was just diagnosed with ALS.  Family man with three small boys – one just born.  He is only 31 years old.  I pray that the miracles and power of God will be made manifest in his life.  It has rocked our fellowship and humbled all of us.  The morning of this fast I saw the man again.  This time, without fear I approached him with a “good morning.”  I bought him breakfast.  His name is Kevin and his dog is named Taco.

When I gave Kevin what he said he would like, another man approached me.  He did not want food, but rather a gift card with money on it.  He asked for $5 or $10.  He introduced myself * and I gave my name also.  When I handed him the card he shook my hand.  His hand was wet and cold and as I walked away the grip he used reminded me of something important.  Intentionally significant or coincidence and delusion? I choose to have faith. He bid me farewell and said, “Good luck.” Perhaps I am making some progress on my ultimate goal which is to ascend to God.

The text in blue was added after the original entry.  I went back to read the account and realized because I had mistakenly begun to write “myself” that when I made the correction I forgot to record the name of the second homeless man.  His name seemed significant however, so I added the asterisk to record his name in the context of the same journal entry.

I happened across this scripture this morning. These are the words of Korihor, antichrist, responding to the question from the high priest Giddonah, “Why do ye go about perverting the ways of the Lord? Why do ye teach this people that there shall be no Christ, to interrupt their rejoicings? Why do ye speak against all the prophecies of the holy prophets?” 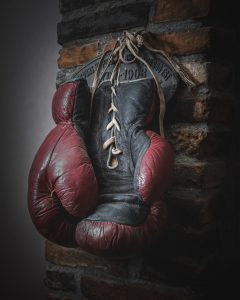 Looking for a Fight

I am reassured that God has everything under control. He knew all that would happen. He Himself prophesied about it. The world does not crash down to know the truth.

The Midewiwin Lodge will serve as a rallying point for the people and its traditional ways will be the source of much strength. The Sacred Megis will lead the way to the chosen ground of the Anishinabe. 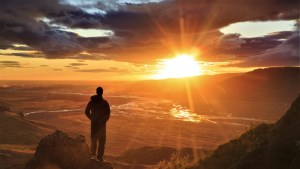