Come, and let us join ourselves to the Lord in a perpetual covenant that shall not be forgotten. 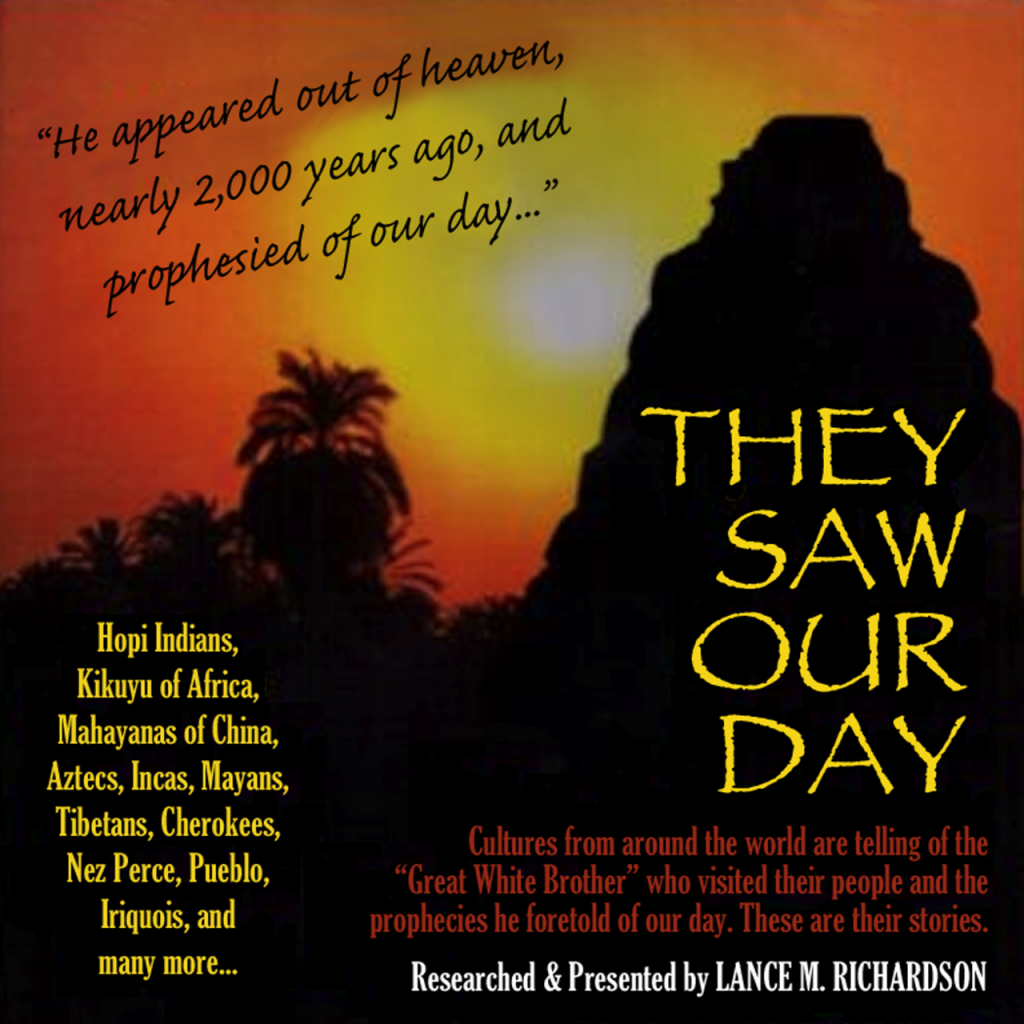 THEY SAW OUR DAY Amazing prophecies were given to the Hopi Indians as well as the Mahayan of China, the Tibetans, Kikuyu of Africa, the Mayans, Aztecs and Incas of South America, and great number of North American Indian tribes. Many of these prophecies came from a “Great White Brother” who visited most of these peoples, taught them of peace, and prophesied what would occur to them until he returned in the “last days” to help build a society of complete peace in this land. The coming forth of the automobile, airplanes, electricity, phone systems, man on the moon, great wars, climatic disasters and even cloning foretold. Three “great shakings” of the earth were also prophesied. The third is yet to take place. Many significant signs and warnings were given to watch for the final “great shaking” or “time of purification.” After that cleansing, a time of complete peace was to come upon this land. Also contained herein is the vision of General George Washington which he beheld at Valley Forge, selected quatrains from Nostradamus, as well as verses from the noted Mother Shipton.