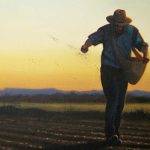 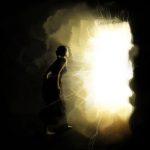 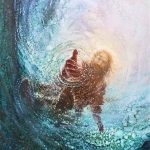 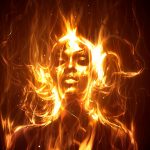 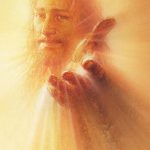 More than belief, faith is a principle of action that requires one to act on belief in order to produce faith. The Lectures on Faith are a study on the topic. Joseph Smith defined faith as a principle of power through action, in which one puts those beliefs into action and thereby acquires power. Joseph related faith to having power. One can spend a lifetime as a “believer” without ever developing faith. Before belief can turn into faith, action is required. Without some action consistent with belief, a disciple cannot move along from mere belief to developing faith.

Belief becomes faith, and faith becomes knowledge. Knowledge is what one gets when they are “redeemed from the fall” as Christ explained to the Brother of Jared.

Prerequisite:  The first step towards repentance is always to recognize that something is wrong and needs changing.
To repent is to turn to Him. To turn to Him is to face Him, listen to Him, heed Him, and pay attention to what He is, says, and does. It is to seek to be in contact with Him. Abandoning a foolish error, a vain tradition, or a false belief and replacing it with truth.

A “change” requiring believers to turn away from the world and toward God. It is the change in life that follows from seeing things in a better, truer light. There is another, higher way to live available to everyone. But to move upward, people must make changes in their lives to incorporate more light and truth. By living a higher way, they are repenting.

What repentance is NOT: guilt, shame, self-inflicted punishment, confessing to a priest, public humiliation, etc. Having a broken heart and contrite spirit is what motivates you TO repent, but is not repentance in and of itself.

Baptism of Water
The ordinance of baptism is intended to communicate light and truth into the mind of the individual, not merely to fulfill an initiation rite. It is meant to enlighten. One must be put under the water and then come forth again out of the water. The purpose of baptism is to follow Christ’s example . It symbolizes the death of the old man of sin and the resurrection into a new life in Christ. This symbol cannot be mirrored by sprinkling. It must involve immersion, preferably in living or natural bodies of water. One is placed below the surface of the water, in the same way the dead are buried below ground. The breath of life is cut off while under the water and restored anew when [coming] forth again out of the water. The officiator, having obtained power and authority from God is the one who immerses and then brings the recipient up out of the water.
Baptism of Fire

If you want to sterilize a blade, you expose it to fire. Fire has a purgative effect that the Holy Ghost represents. In the process of receiving the gift of the Holy Ghost and the visitation of fire, it’s not necessary that something dramatic happen. In 3 Nephi 9:20, it says because of the faith of the Lamanites they “were baptized with fire and with the Holy Ghost and they knew it not.” Their sins got forgiven them. Their inner vessel got cleansed. They accepted and had poured out upon them the forgiveness of sins. But that doesn’t mean that something dramatic happened or something notable to them happened. It means that their inner vessel was cleansed by the Holy Ghost. Their sins were forgiven.
On the other hand, in Acts 2:1-4, on the day of Pentecost, something dramatic did happen that the people could actually observe. In verse 2 it refers to a rushing of wind that everyone felt, noted– it was apparent to them. In verse 3 it says there were “cloven tongues of fire” that were visible. These things were symbols of the inner presence of the purgative nature of the Holy Ghost. They weren’t the Holy Ghost, and they weren’t the baptism of fire. They were, however, evidence, outward evidence that some inner cleansing had taken place. It is that inner cleansing that is the baptism of fire and the Holy Ghost.

Endure to the End

Matthew 24:13 “But he that shall endure unto the end, the same shall be saved.”

2 Nephi 31:16: “And now, my beloved brethren, I know by this that unless a man shall endure to the end, in following the example of the Son of the living God, he cannot be saved.”

The final doctrine in the Doctrine of Christ is to endure to the end… of our life on earth?  The common understanding is rather grueling, anticlimactic, and fatalistic.

Christ taught: “I am Alpha and Omega the beginning and THE END.”

The End is one of His names.  So really, the final doctrine in the Doctrine of Christ is to Endure to Jesus Christ.  He is The End we should be seeking.

The Doctrine of Christ requires you to know Christ.  To see His face.  Feel the prints in His hands and feet.  Be in His presence while in the flesh.

“You thus learn some of the first principles of the Gospel, about which so much hath been said. When you climb a ladder, you must begin at the bottom, and ascend step by step, until you arrive at the top; and so it is with the principles of the Gospel–you must begin with the first, and go on until you learn all the principles of exaltation. But it will be a great while after you have passed through the veil before you will have learned them all. It is not all to be comprehended in this world; it will be a great work to learn our salvation and exaltation even beyond the grave.”