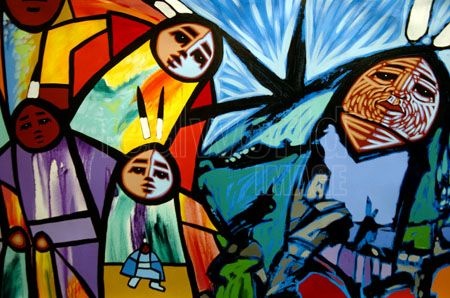 1. “I am Jonas Larivierre. I have not always been from Apâsihk (Canoe Narrows). My parents always moved from place to place. That was the way of life back then. Their main place of travel and movement was northeast of Canoe Narrows. As a young man in 1918, one of the places I travelled to was located north of Wêyakwin, called Pêyâsiw Acih (Thunderbird Hill), also known as Molonosa. This journey to Pêyâsiw Acih is a long story, however, I will tell you the short version.

2. My parents, at the time I am talking about, travelled constantly moving from place to place all summer and winter. At times they owned a house here at Cree Narrows and would leave to live in an âpahkwasinêwikamik (tent) for up to two years.

3. During their lifelong journey, Ohkow Sâkahikan (Pickerel Lake) now called Dorè Lake, was one place my parents buried five of my relatives; four sisters and one young man. Their bodies lie buried over there. In all, we were fourteen brothers and sisters. Eight lay buried here at Canoe Narrows. Of all my relatives I am the only one living..

4. My parents brought me into this world at Kinêpik Sâkahikan (Snake Lake) which is now called Pinehouse Lake. They had wintered there. The next fall my parents paddled to Canoe Lake for the first Treaty payment of this area; in 1906. I was born shortly after this trip and they made our home here the following year.

5. Once we moved to Canoe Lake we never returned to live at Pinehouse Lake. Instead, we stayed at Pahkisikêw Askîy (bombing range) for two winters. The name of this area was also called Nêhiyaw Apâsihk (Cree Narrows). Buffalo Narrows was called Mostos Apâsihk (Buffalo Narrows) or Cîpwêyânêw Apâsihk (Dene Narrows).

6. My father’s name was Morand and my mother’s was Rosalyn. Askîy-ohci- iyiniwak (people from the earth) was what we were referred at the time. All of my relatives on my father’s side were âpihtâwikosisânak (halfbreeds). As for my brothers and sisters, when my father married a Cree woman, he adopted the Cree way of life and that is how the family became Cree. Today, when you hear the Larivierre name it is usually heard within the Métis community, unlike our family.

7. Rabbitskin, from the Big River area and my father were brothers. The Rabbitskin family are my close relatives. Our mother was a descendant of the Derocher family. Apparently there was a man named Asinîs who was quite a lady’s man. He had many women. Two of which were my father’s mother and in Cree tradition her little mother. Through old man Derocher’s escapades we became related to them.

8. I did not attend school because I loved the way of life my parents had taught me; a life dependent on trapping, hunting, fishing, gathering and living in harmony with nature. Always living with what nature provided did not prevent us from going where we pleased and living the lifestyle of the true nomadic people my family was used to. Life was quite easy. For example, during some mid-winters my family and I would live in a tent. It was fine. No one complained. No matter how cold the weather was, when we would go to play outdoors we would just put extra layers of clothes on to keep warm. These clothes were white in colour and were made from blankets issued by the Hudson’s Bay Company (HBC). The coats made from these HBC blankets were very large.

9. At Derocher Lake my parents built a house made from logs (referred to as a mohcihkowanihikêwikamik or trapper’s cabin). We remained there most of the time; at least until I was much older. Ohpahkopêwinihk (wading in water place) is the proper name for Beauval if you remember the old Cree. It was another place we frequented. As I and my brothers and sisters became older we each lived there for lengthy periods. La Plonge Lake was referred to as Ohpahkopêwin Sâkahikan (wading in water lake).

10. It was in 1918 when our family left Canoe Narrows for our last trip to Pinehouse Lake around the time of Ohpahôwipîsim (migrating moon). I was twelve years of age at the time. From Canoe Narrows towards Beauva,l my parents and I would paddle towards Onihkap portage which was three miles in length. We paddled steadily down the Dorè River camping here and there. We then came to the narrows opening into Dorè Lake. From Dorè Lake we paddled towards Sôsiwâpisk Sâkahikan (Smoothstone Lake). The place I am talking about and where the Cree paddled their canoes were referred to as Môniyâw Sâkahikanihk (Whiteman’s lakes). After crossing the lake another portage about three miles long would be waiting for us. This portage would then take us to Mahikan Sâkahikan (Wolf Lake).

11. We would travel slowly, but steadily. Our journey was like a big circle. There were times when we would leave during the night. I am not sure how long this last trip was in days. It included the days when we would set up camp. It was a long journey. There were four of us in all. I travelled with my father in a birch bark canoe. My sister paddled with our mother. The lakes were teeming with ducks. With my first twenty-two rifle I shot at them and after each successful shot we’d pull up to shore, roast and eat the ducks.

12. When we arrived at Wolf Lake, Rabbitskin, my father’s blood relative and brother, and all his family were very happy to see us. Other families from Canoe Narrows would also come to Wolf Lake to also visit with relatives from that area; while others came and turned back after awhile.

13. Nothing was difficult about living in the bush. Rabbits and other meat from wild animals were our main diet. Bread or bannock was rare. Once in a long while we would eat bannock cooked outside in an oven made from clay and rocks. Mmmm!! It was delicious. Various delicacies such as rabbit on a stick would be roasted in this oven also, the stick revolving to make sure it was cooked evenly. We skewered the rabbit onto a stick and hung it upside down. All these methods of cooking we learned from living outdoors. In the fall, dried moose meat hung from racks to prepare for the winter.

14. Fish was plentiful at Derocher Lake. I would go with my sister to check the nets. Net fishing was good. The fish were big and healthy. There was a time though, when the fish died out at Derocher Lake. It was sudden. Wâwâskêsiw and Chitek Lake were other areas that my father trapped and hunted. Thunder Hill was a turning place where we would arrive, stay awhile and begin our journey homeward.

15. I have never been lost in the wilderness, day time or night time. No matter how dark or how far away I was away from our camp I could find my way home. To recall how I found my way in the darkness is now a faded memory. I once set out late at night to arrive at my destination to meet the sun coming up the next morning.

16. Dogs for sleds were around ever since I can remember. Many owners gave their dogs English names. Others would give a dog a name by watching how it acted. Good sled dogs could take you home as you slept on the sled. There were times when I would get very tired and let my dog team take me home; and indeed they would get me there. All I would have to say was ‘mush’. The first horses came to Canoe Lake in 1950. Up until then, it was dogs who ruled the northern trails.

17. I have had two loving partners in my life. Their last names was Pîwâpisk (Iron). My first wife was a young woman. When she passed away her sister came to help me with my children. Eventually I married her.

18. Today young people do not listen nor do they speak using their Cree language. Their main language of conversation is English. They really have adopted the white man’s way of relating. Youth are at a great loss when it comes to practicing and living their Cree culture. I encourage a life based on a belief in a Creator to be followed by young people.

19. One day something might happen on this planet so we must gather whatever we need in order to survive. This is often said by many people that have spoken of future changes. The earth was flooded by water drowning all the people. That is the same situation that we are in now. People of that time did not bother to listen to wise people. That is what is happening today. However, those that were spiritual, that practiced a good way of life, and who were aware, were not punished. Only the ones that did not listen all perished.

20. To be in tune with one’s self is important today. To value your life. To be kind and not be pressured towards negative actions. Using your mind wisely is the way of thinking that is needed today. Young people must become a praying person; to be able to ask for help when they are in need. Gathering food and other things is not as important as being a prayerful being.

Jonas was born in Pinehouse Lake Saskatchewan on May 1, 1907 in a little log house (Apiscikamikos). Not long after his birth he and his parents moved to Canoe Narrows. His first marriage of 1931 lasted ten years with his initial partner passing away. Jonas then re-married his first wife’s older sister. She passed away in the early 1990’s.

Of the eight children Jonas and his previous wives brought into this world, six are alive and reside in various parts of Saskatchewan. One daughter and son have passed away.

Jonas is the sole living survivor from a family of fourteen. Prior to settling at Canoe Narrows his family lived harmoniously off the land moving from place to place in north west and central Saskatchewan. He can understand and converse minimally in French and English; Cree being his first language. 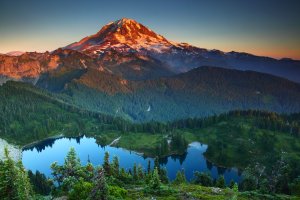 Go on the mountains and make a place for yourself. Put some things there that you can survive with. People are going to run to the mountains to survive and the Native people must be ready for this. 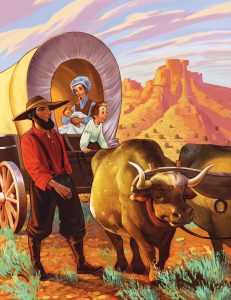 The Fourth World shall end soon, and the Fifth World will begin. This the elders everywhere know. The signs over many years have been fulfilled, and so few are left. 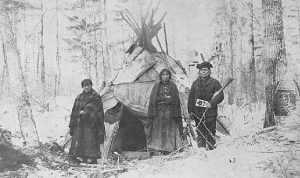