“To satisfy my own curiosity I have sometimes interpreted to their old men, portions of Bible history, and their expression is invariably: ‘The book must be true, for our ancestors have told us similar stories, generation after generation, since the earth was new.'” History of the Ojibways by William Whipple Warren

This quote is interesting to me, given its time period and given William W. Warren’s background. He lived from 1825-1853. He had the benefit of being raised in two cultures, that of his native mother’s (before that culture would be entirely repressed) and his European father’s. He comments more than once in his book of the similarities he found between the two, and developed the opinion that either his mother’s people were part of the lost tribes of Israel, or had communed with them at some point.

One of these similarities I see is in the creation performed by Kitche Manitou. Kitche Manitou (also Gitchie Manito) has been interpreted as the Great Spirit, the Great Mystery, or Creator.

Kitche Manitou (The Great Spirit) beheld a vision. In this dream he saw a vast sky filled with stars, sun, moon, and earth. He saw an earth made of mountains and valleys, islands and lakes, plains and forests. He saw trees and flowers, grasses and vegetables. He saw walking, flying, swimming, and crawling beings. He witnessed the birth, growth, and the end of things. At the same time he saw other things live on. Amidst change there was constancy. Kitche Manitou heard songs, wailings, stories. He touched wind and rain. He felt love and hate, fear and courage, joy and sadness. Kitche Manitou meditated to understand his vision. In his wisdom Kiche Manitou understood that his vision had to be fulfilled. Kitche Manitou was to bring into being and existence what he had seen, heard, and felt.

Out of nothing he made rock, water, fire, and wind. Into each one he breathed a different essence and nature. Each substance had its own power which became its soul-spirit.
From these four substances Kitche Manitou created the physical world of sun, stars, moon, and earth.

To the sun Kitche Manitou gave the powers of light and heat. To the earth he gave growth and healing; to waters purity and renewal; to the wind music and the breath of life itself.

On earth Kitche Manitou formed mountains, valleys, plains, islands, lakes, bays, and rivers. Everything was in its place; everything was beautiful.

Then Kitche Manitou made the plant beings. There were four kinds: flowers, grasses, trees, and vegetables. To each he gave a spirit of life, growth, healing, and beauty. Each he placed where it would be the most beneficial, and lend to earth the greatest beauty and harmony and order.

After plants, Kitche Manitou created animal beings conferring on each special powers and natures. There were two-leggeds, four-leggeds, wingeds, and swimmers.

Kitche Manitou then made The Great Law of Nature for the well being and harmony of all things and all creatures. The Great Laws governed the place and movement of sun, moon, earth, and stars; governed the powers of wind, water, fire, and rock; governed the rhythm and continuity of life, birth, growth, and decay. All things lived and worked by these laws. Kitche Manitou had brought into existence his vision. Ojibway Heritage by Basil Johnston p.12-13

This is very similar to the creation in Genesis.

More than that, it seems to explain a process of creation as detailed in Joseph Smith’s Lectures on Faith, though different words are used:

The author of the epistle to the Hebrews, in the eleventh chapter of that epistle, and first verse, gives the following definition of the word faith: Now faith is the substance (assurance) of things hoped for, the evidence of things not seen.

From this we learn, that faith is the assurance which men have of the existence of things which they have not seen; and the principle of action in all intelligent beings. Lecture 1:7-9

As we receive by faith, all temporal blessings that we do receive, so we, in like manner, receive by faith all spiritual blessings, that we do receive. But faith is not only the principle of action, but of power, also, in all intelligent beings, whether in heaven, or on earth. Thus says the author of the epistle to the Hebrews, 11:3 [Hebrews 6]: Through faith we understand that the worlds were framed by the word of God: so that things which are seen were not made of things which do appear.

Had it not been for the principle of faith the worlds would never have been framed, neither would man have been formed of the dust- it is the principle by which Jehovah works, and through which he exercises power over all temporal, as well as eternal things. Take this principle or attribute, (for it is an attribute) from the Deity and he would cease to exist.

Who cannot see, that if God framed the worlds by faith, that it is by faith that he exercises power over them, and that faith is the principle of power? And that if the principle of power, it must be so in man as well as in the Deity? This is the testimony of all the sacred writers, and the lesson which they have been endeavoring to teach to man. Lecture 1:9-12

We here understand, that the sacred writers say, that all these things were done by faith- It was by faith that the worlds were framed- God spake, chaos heard, and worlds came into order, by reason of the faith there was in him. So with man also- he spake by faith in the name of God, and the sun stood still, the moon obeyed, mountains removed, prisons fell, lions’ mouths were closed, the human heart lost its enmity, fire its violence, armies their power, the sword its terror, and death its dominion; and all this by reason of the faith which was in him.

Had it not been for the faith which was in man, they might have spoken to the sun, the moon, the mountains, prisons, lions, the human heart, fire, armies, the sword, or to death in vain!

Faith, then, is the first great governing principle which has power, dominion, and authority over all things: by it they exist, by it they are upheld, by it they are changed, or by it they remain, agreeably to the will of God. Without it, there is no power, and without power there could be no creation, nor existence! Lecture 1:17-19

Similar to the Anishinaabe story of creation, God is able to bring into existence something that didn’t exist before. In the Lectures on Faith it describes the means of this process faith: to hope for or behold a vision of something and to act on it, to bring it to fulfillment. Both of these passages say that this attribute of the Creator is something given to man as well. This is the basis of the Vision Quest as I understand it, to behold a vision of what should be for an individual, as the Creator did, and to pursue that into fruition.

I see enough similarity here to wonder if this is an indication that God has been teaching different people in different languages the same principles.

The creation of Kitche Manitou does not last long, unfortunately, and though Basil Johnston doesn’t describe the reason for its failure before the flood and recreation of the earth, a reason is described in The Mishomis Book by Edward Benton-Benai:

Although life was often hard for them, for many years the first people lived together in harmony with all of the Creation.

I regret to say that this harmonious way of life on Earth did not last forever. Men and women did not continue to give each other the respect needed to keep the Sacred Hoop of marriage strong. Families began quarreling with each other. People began to fight over hunting grounds. Brother turned against brother and began killing each other.

It greatly saddened the Creator, Gitchie Manito, to see the Earth’s people turn to evil ways. It seemed that the entire Creation functioned in harmony except for the people who were the last to be placed there. For a long time Gitchie Manito waited hoping that the evil ways would cease and that brotherhood, sisterhood, and respect for all things would again come to rule over the people.

When it seemed that there was no hope left, Gitchie Manito decided to purify the Earth. He would do this with water…” The Mishomis Book p.29

Along with how this parallels the Genesis story of the wickedness, flood, and subsequent destruction of Noah’s time, this reason for destruction is also consistent with every destruction various people in all the scriptures have undergone. It is always attributed to their unrepentant disharmony with the Word of God.

Both traditions serve as a cautionary tale that affects each of us as individuals. If we consider the story of the flood I have already posted about and the birth of “the good people,” a picture of creation in each of our lives is opened up. Our creation doesn’t end at our physical birth. The Creator had a purpose in mind when he fashioned every part of life. He created mankind to serve a purpose, and gave/gives us guidance in fulfilling that purpose. When we live according to His purpose and guidance, we are filling the measure of our creation, and can be seen by our Creator as being “good.”

A series of posts on the flood and re-creation can be read beginning here. 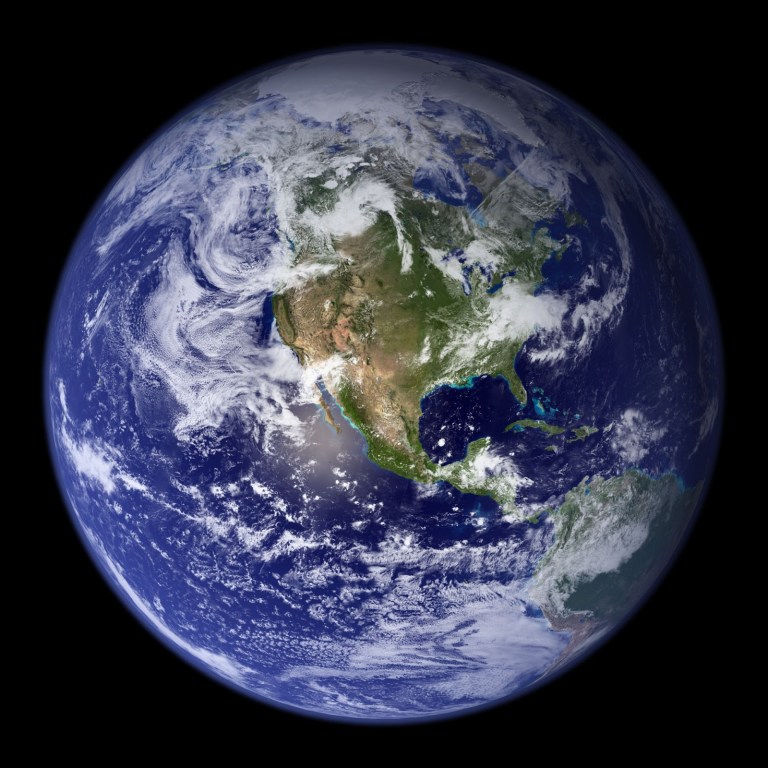