The Journey to Know God

In a book about Micmac folklore, called On the Trail of Elder Brother: Glous’gap Stories of the Micmac Indians, is this description of their culture hero, Glous’gap:

“God is called Gitji Manitou (the Great Spirit) or Nigsam (Holy Grandfather) or Kesoulk (The Creator), and Glous’gap is the embodiment of his power. It is he who moves about on the earth and who has direct dealing with people and animals. Our stories tell us that Glous’gap cannot live without the people, nor can we live without him. He is our spiritual teacher, the ultimate warrior, medicine person, and occasional trickster. Some say he is a spirit; others think he is human. In any case, the things Glous’gap says and does are models for the way our people approach life.”

Like 3 Nephi describes in the Book of Mormon, beginning at chapter 5, they have traditions about this individual having lived among them for a time, and of his role in teaching humans how to live together.

“As our title suggest, On the Trail of Elder Brother follows Glous’gap through his adventures during the time he lived with our people. When he comes, the earth is still raw and barely formed, and he helps to shape and populate it with creatures and plants. He teaches human beings how to live and how to live together, and he battles on our behalf with the monsters who threaten on all sides. By the time he takes leave of us, the world has become a more settled place, and the later stories mostly concern the evil that arises from human hearts.” (On the Trail of Elder Brother, Introduction)

Likewise, a passage in 3 Nephi:

And it came to pass that there was no contention in the land because of the love of God which did dwell in the hearts of the people; and there were no envyings, nor strifes, nor tumults, nor whoredoms, nor lyings, nor murders, nor any manner of lasciviousness. And surely there could not be a happier people among all the people who had been created by the hand of God. There were no robbers, nor no murderers, neither were there Lamanites nor no manner of -ites, but they were in one the children of Christ and heirs to the kingdom of God. And how blessed were they, for the Lord did bless them in all their doings, yea, even they were blessed and prospered until an hundred and ten years had passed away. And the first generation from Christ had passed away, and there was no contention in all the land. 4 Nephi 1, paragraph 3

Before Christ visits and administers to this people, the Book of Mormon describes many hardships the people endure. Likewise, in On the Trail of Elder Brother, the journey to visit with Glous’gap is described as follows:

“Always when people seek out Glous’gap they must be prepared for a long and arduous journey, and so it was with the man the council chose for their messenger. He traveled for seven years and endured many hardships before he found Glous’gap. When he was still three months’ journey from the Holy One’s camp, he could already hear the riotous honking sent up by Glous’gap’s flock of watch-geese. When the messenger finally reached the camp by a lake far inland, Glous’gap raised his hand to silence the geese. He seated his weary guest on a white bearskin, and together they shared a quiet smoke from Glous’gap’s stone-bowl pipe. Then the man told Glous’gap about the trouble the people were having with the bird from the north country. “I will help,” said Glousgap, as he gathered up his bow and his quiver of arrows, and together the two set out for the villages where fearful people cowered, constantly listening for the terrible rush of wings that would mean Wotjou’san had come again. As always, the return trip took only seven days, much to the surprise of the messenger, who was still bone-tired from his seven-year quest after Glous’gap.” p.94

Seven in a significant number in many ancient cultures and religions. I’ve described the seven grandfather teachings before, and this seven year journey to reach Glous’gap’s presence relates closely to that post, I think.

As described in the Teachings and Commandments, seven is a number that symbolizes completion, so it seems very fitting that this is the number of years it takes a Micmac messenger to reach his God.

God loves His children equally, but we love Him unequally in return. If we would love Him as he loves us, we would leap into His open arms and rejoice in the touch of our Lord.

Christ’s sacrifice has completely healed all that the Fall of Adam brought to pass. As Adam went before, so Christ came after, the one the antithesis of the other, and both making this creation a chiasm of Fall and Redemption. We stand in the center, where it is all in balance about us. Teachings and Commandments Section 159, paragraphs 9-11

In the New Testament, it is the pure in heart who will see God. This is a journey filled with challenges. Christ’s Sermon on the Mount gives instruction on how this can be accomplished. Also this process is described in Teachings and Commandments:

Verily thus says the Lord: It shall come to pass that every soul who forsakes their sins, and comes unto me, and calls on my name, and obeys my voice, and keeps all my commandments, shall see my face and know that I am, and that I am the true light that lights every man who comes into the world, and that I am in the Father and the Father in me, and the Father and I are one — the Father because he gave me of his fullness, and the Son because I was in the world, and made flesh my tabernacle, and dwelt among the sons of men. Teachings and Commandments, Section 93:1

This doesn’t describe one moment in our lives, but a continuing journey. It takes time, obedience, and experience to learn our sins in order to forsake them. It takes diligence to always obey His voice and keep His commandments. This is a journey where virtues are learned and embedded in the heart until they aren’t just something we do; those virtues are who we have become. And who we have become at that point, will be like Him.

Behold what manner of love the Father has bestowed upon us, that we should be called the sons of God. Therefore, the world knows us not, because it knew him not. Beloved, now are we the sons of God, and it does not yet appear what we shall be; but we know that when he shall appear, we shall be like him, for we shall see him as he is. And every man that has this hope in him purifies himself, even as he is pure. 1 John 1: 13

The seven year journey in On the Trail of Elder Brother, is described briefly and simply, but somehow it seems meaningful to me, in a way that says these two accounts agree with each other, but that is my opinion alone, and I leave everyone to make their own conclusion in the matter. 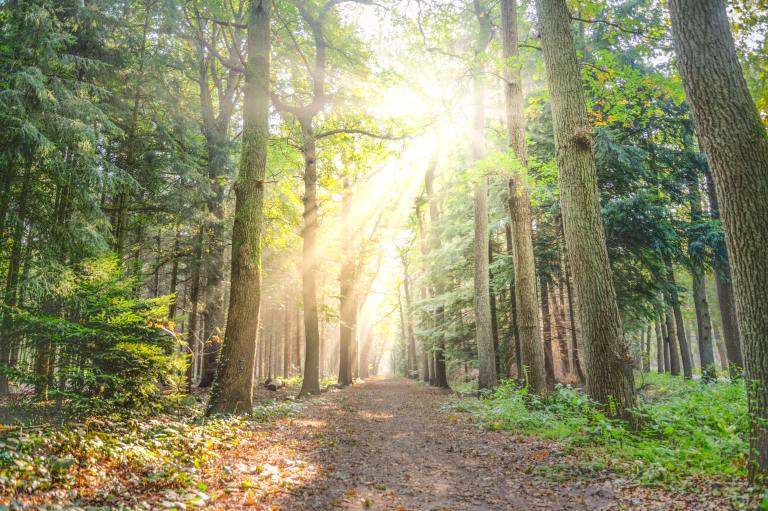 Sky Chief has observed all that you have done to prepare yourself for your Quest. He understands the kind and worthy secret wish of your heart. He knows that you desire a way to benefit