There are Objibwe petroglyphs that are over 1000 years old.  Thought to have been made over a period of 5000 years, almost 2,000 figures have been found in the forested area of Minnesota. These paintings and carvings are largely of forest animals such as caribou, deer, moose, rabbit and and bear. One group of figures found at Hegman Lake near Ely, Minnesota is especially interesting. A large human figure with outstretched hands appears beside a moose and a smaller tailed animal.

Moose are easily identified in petroglyphs, both by their unique antlers and the fatty piece of skin under their chin known as the bell.  This loose skin helps protect them from wolves, who take down prey by the throat. 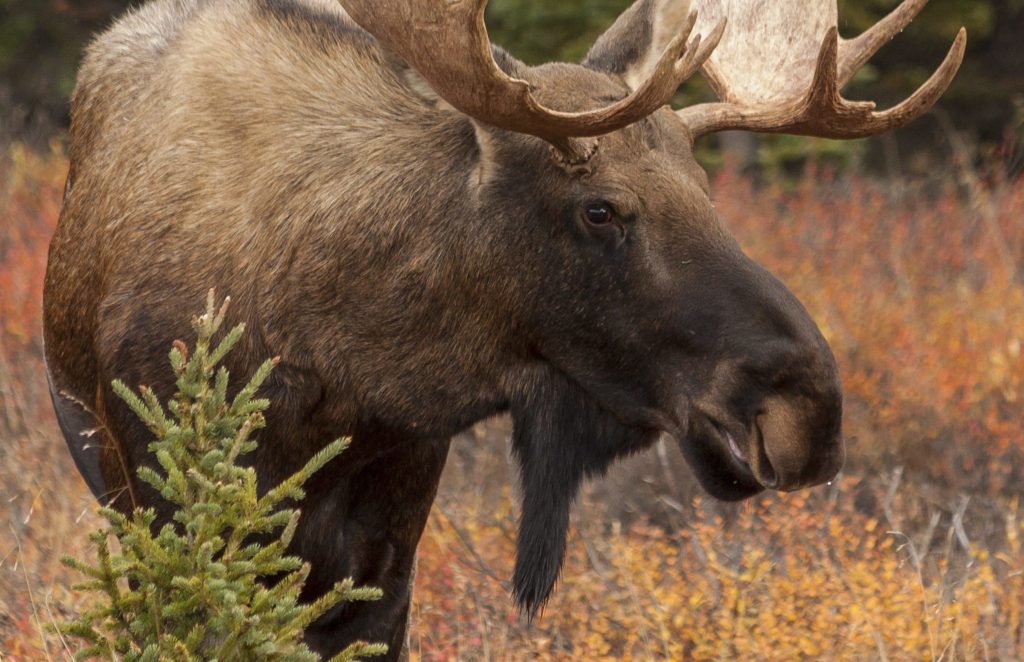 One thing that native people are well known for is that they not only believed, but practiced the old “waste not, want not” theory. Indigenous people had a tremendous respect for life and did not believe in killing for sport. This means that when they killed animals, they took great care to use as much as possible.

The moose have been a great resource for the First Nations, just as the buffalo was for the Plains People. Every part of the moose was used for essential purposes, to make clothing, knives, tools. Even the hide would be cut into strips to make snowshoe lacings.

So the practice of the Ojibwe tribe to hang the bell of the moose high in a tree has been a confusing one.  This tradition was passed down, but poorly understood by later generations.

Much of the ancient wisdom was lost due to government interference.  Between 1869 and the 1960s, hundreds of thousands of Native American children were removed from their homes and families and placed in boarding schools operated by the federal government and the churches. The goal of the Federal Indian Boarding School system was assimilation of Native Americans, but at the incomprehensible cost of stripping away their Native culture, tradition, and language.

Carl Gawboy, an Anishinabe artist, was one who longed to reclaim the lost knowledge of his people.  He pondered on the moose petroglyph for a long time, hoping that he could understand the meaning.

In observing the practice of the moose’s bell one season, understanding was finally opened to him.  The reason that the Objibwe hung the bell of the moose was a sacred reminder that that Mooz was also in the sky.  The ancient artwork represented the constellations as they appear shortly before winter. The pictograph served as a calendar.

Moose, or Mooz, is formed of stars we know as Pegasus the Winged Horse.  The Moose provides food, clothing, and shelter.  As the constellation rises it gains power.  So we see in the fall as Mooz (Pegasus) comes up in the horizon the moose are very aggressive.  They are full of power, fat and strong.

In the fall sky, you will see the moose constellation. Fall is the time to hunt and harvest the moose and give it the utmost respect and offerings for giving itself to the Anishnawbe to survive during the harsh winter months.  The opportunities for harvesting are limited or time sensitive.  Knowing when, where are how were vitally important for the survival of Native American tribes.

Gawboy has gone on to make many additional astronomical connections to Native American petroglyphs and now freely shares his knowledge with Native schools and at educational events hosted by Nasa.

Many Indigenous tribes are revitalizing and reawakening lost ceremonies and traditional knowledge. Native peoples take seriously their responsibility to make sure children are connected to their indigenous community and their culture, which is inextricably linked to their lands, territories and natural resources.

Anne Nuorgam, Chair of the Permanent Forum on Indigenous Issues, declared, “Through our stories, songs, dances, carvings, paintings and performances we transit knowledge between generations. We need to ensure that our educational practices, languages, environmental conservation and management is acknowledged and respected globally, not only by Governments, but by all peoples.” 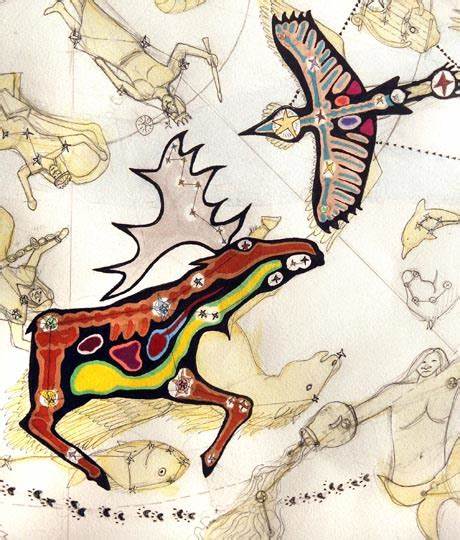 Your Sons have Fainted, Save these Two

They lie at the head of all the streets, as a wild bull in a net. They are full of the fury of the Lord, the rebuke of your God. Venus retrograde in Pisces net.

Riders in the Sky

And I looked, and behold, a pale horse. And the rider’s name was death.