The Egyptians credited Thoth as the author of all works of science, religion, philosophy, and magic. The Greeks further declared him the inventor of astronomy, astrology, the science of numbers, mathematics, geometry, surveying, medicine, botany, theology, civilized government, the alphabet, reading, writing, and oratory. They further claimed he was the true author of every work of every branch of knowledge, human and divine.

Thoth was first worshiped as a moon god. The moon’s cycles played an important role in Egyptian life. The crescent moon resembled an ibis, the bird associated with Thoth.  Notice the staff, in this case a writing instrument.

“Egypt’s religion erred by turning true angels into gods, to whom they prayed and whom they worshipped. Angels are sent by God and minister the truth to man, but are forbidden to become the objects of worship. Egypt turned mere angelic servants of God into deity and worshipped them.” 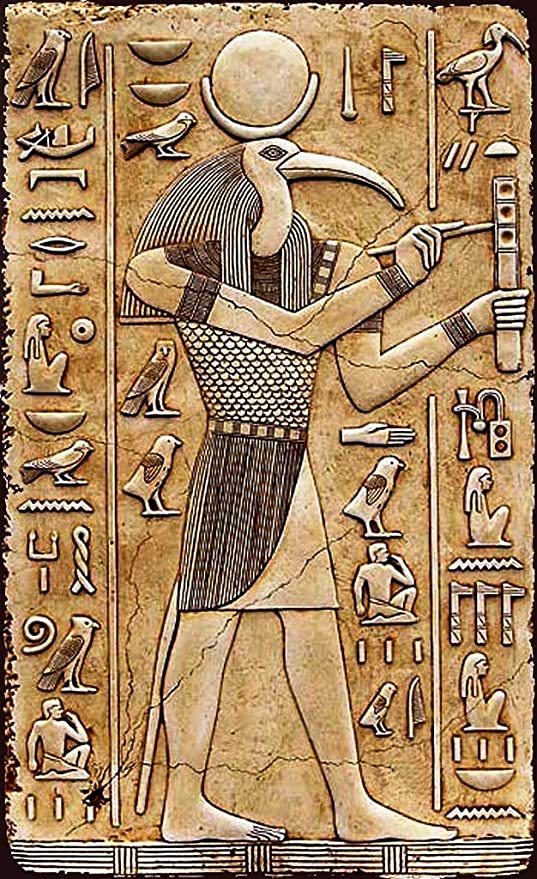 The southern position and his association with fire helps identify Thoth in the Hindu tradition. Agni is a Sanskrit word meaning fire, and connotes the Vedic fire god of Hinduism. He is also the guardian