Then Jesus affirmed to them, In the name of Father Ahman I tell you, The Son does nothing of himself, but I am following the path that my Father walks. Every thing the Father has done, I am likewise to do. My Father loves His Son, and has revealed to me every thing he has done, and I have a work to do for me to finish the path of my Father. You may not believe me, but before the end you will be in awe of what I am sent to do. The Father has attained to the resurrection, and I am sent to do likewise. In this creation the Father has made me the Source and judge of the resurrection. You will be required to honor the Son, even as you honor the Father. Anyone who disrespects the Son also disrespects the Father who sent me.

In the name of Father Ahman I testify to you, He who hearkens to my testimony, and trusts him who sent me, there is no end to his potential progression. His progress will not cease, for I demonstrate the pathway of Eternal lives.

In the name of Father Ahman I testify to you, The time has arrived when even the spirits in Sheol will hear the voice of the Son of God. Those who hearken to my testimony shall also progress upward on the pathway. The Father has the power of endless life within himself, and he has empowered the Son to attain this identical state through progression on his pathway. I hold authority to judge mankind because I am Son Ahman. Do not doubt this, for the time is fast approaching when the dead will also be taught by my voice. The dead will rise from the grave: first the faithful in the resurrection of the just, and then the faithless in the resurrection of the unjust. Every soul will be judged by Son Ahman. Whatever the Father tells me, I accept and teach, and my teachings are all just and true. I take nothing on myself apart from the Father’s instruction. I do not pursue my own agenda, but the Father’s agenda, for I act under his authority.

I have many things to teach that will be used to judge you; and the one who sent me is the Source of all truth. I am teaching what he has sent me to teach and he provided my message. They did not understand that he was speaking the words of Father Ahman. Then Jesus added, When you have lifted up the Son of Man, then you will realize that I am Son Ahman, and that I have done nothing on my own; but as my Father has taught me, I repeat his words. He sent me and accompanies me here; the Father has never abandoned my side. I always do the things that please him. 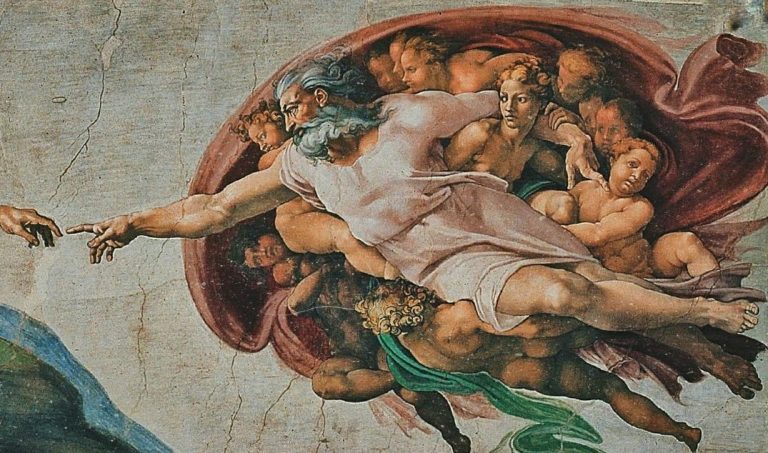 Known as God and the Creator of the Universe, He is the Father of Obatala (King of the White Cloth) and all Orisa (divine beings); also known as the Sky Father. The ruler of (or

Gitchi Manitou is the great creator god of the Anishinaabe and many neighboring Algonquian tribes. The name literally means Great Spirit, a common phrase used to address God in many Native American cultures. As in