Known as God and the Creator of the Universe, He is the Father of Obatala (King of the White Cloth) and all Orisa (divine beings); also known as the Sky Father.

The ruler of (or in) the Heavens. The Supreme God or Supreme Being omnipotent and the Source of all. The name Olodumare symbolizes a divine entity that is not bound by space, time and dimension. By meaning and connotation, this name signifies that the Supreme Being is unique, that His majesty is superlative, that He is unchanging and ever reliable.

The Supreme Being is given different names by different groups of people. When we examine the names, we gain a greater insight into the peoples’ concept of God, as they are descriptive of His character and attributes. For example, among the Yoruba, He is called Olodumare.  He is also called Olorun (the owner of Heaven) and Eleda (the Creator) by the same people.

The Edo call Him Osanobuwa, and this means “God who is the “Source and Sustainer of the World”. The Ibo call Him Chükwu, that is the Great Chi or the Great Source of life and of being.  The Nupe call Him Soko, the Great One; He who dwells in Heaven; and they also designate him Tso-Ci meaning the Owner of us, the One to whom we belong. The Ewe-speaking people speak of Him as Nana Buluku (Ancient of Days), and this suggests His eternity. In Ghana, He is called Onyame, the Great and Shining One who is high and above all.

“In very precise language” says Professor Mbiti “The Bacongo describe the self-existence of God when they say, that ‘He is made by no other, no one beyond Him is.”

We see, then, that the greatest emphasis is on the Supreme Being. The ultimacy, wherever you go in Africa, is accorded to God. This is why we are convinced that the religion is monotheistic. But the monotheism may need some modification; hence Professor Bolaji Idowu has suggested diffused monotheism because “here we have a monotheism in which there exist other powers which derive from Deity such being and authority that they can be treated, for practical purposes, almost as ends in themselves”

The truth of the matter is that Africans hold the Supreme Being as a venerable majesty who has several servants (the divinities) under Him to carry out His desires. He is in a class by Himself. This is why it is not appropriate to describe the religion as polytheistic.

Source: What is African Traditional Religion? by J.O. Awolalu 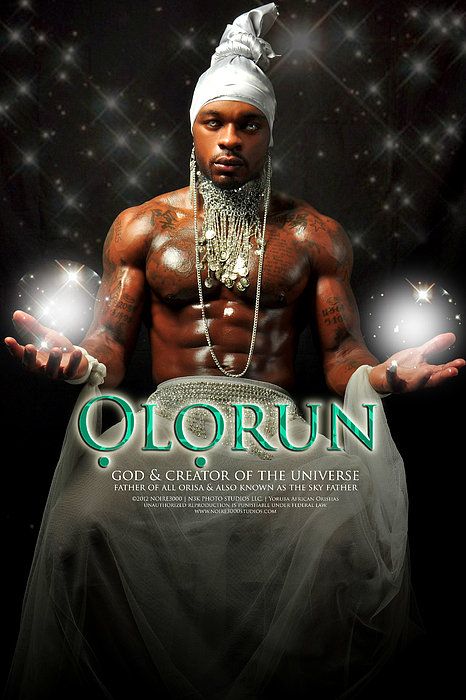 Gitchi Manitou is the great creator god of the Anishinaabe and many neighboring Algonquian tribes. The name literally means Great Spirit, a common phrase used to address God in many Native American cultures. As in

Question: What is the name of God in pure language? Answer: Ahman. Question: The meaning of the pure word Ahman? Answer: It is the being which made all things, in all its parts. Question: What