They knew the Lady of Jerusalem as Ashratah, the Hebrew version of the Ugaritic name Athirat. The name meant ‘the one who makes happy’ or ‘the one who keeps you on a straight path’, and she can be found, almost hidden, in the earliest parts of the book of Isaiah. She had been cut down, said the prophet, but she would return. Isaiah and his fellow prophets eventually fled from Jerusalem and settled in an area that is now the Kingdom of Jordan. [You can read about this in The Ascension of Isaiah]. They kept alive the memory of the Lady and her teachings. (p. 5)

WISDOM. THE LADY OF THE TEMPLE IN A LEAD BOOK FROM JORDAN.
Dr Margaret Barker

The obvious moment for the final and decisive rejection of Wisdom was Josiah’s purge. The account in 2 Kings 23 does not mention her by name, but says only that Asherah was removed from the temple and burned. This account of Josiah’s purge implies that a form of Deuteronomy was found in the temple, that Asherah/Wisdom was driven out and that the Law of Moses was restored. Josiah made a covenant to keep the Law. Hence the words in Deuteronomy 4, that keeping the Law of Moses would, in the future, be ‘your wisdom and your understanding’; and the words of Deuteronomy 29.29, that the secret things were for the LORD alone, and that human beings need concern themselves only with the Law. The symbol of the Lady was dragged from the temple and burned, and the Law of Moses replaced whatever she had been. Josiah’s spiritual heirs – those correcting scribes – either changed or removed her name from texts. She had originally been Ashratah, the form of her name that is found in inscriptions, that is, in unedited texts. Hence that picture at the beginning of Proverbs, where Wisdom cries out to her foolish children who have rejected her and do not realize the consequences of what they have done. (p. 2)

WISDOM AND THE OTHER TREE: A TEMPLE THEOLOGY READING OF THE GENESIS EDEN STORY.
Margaret Barker 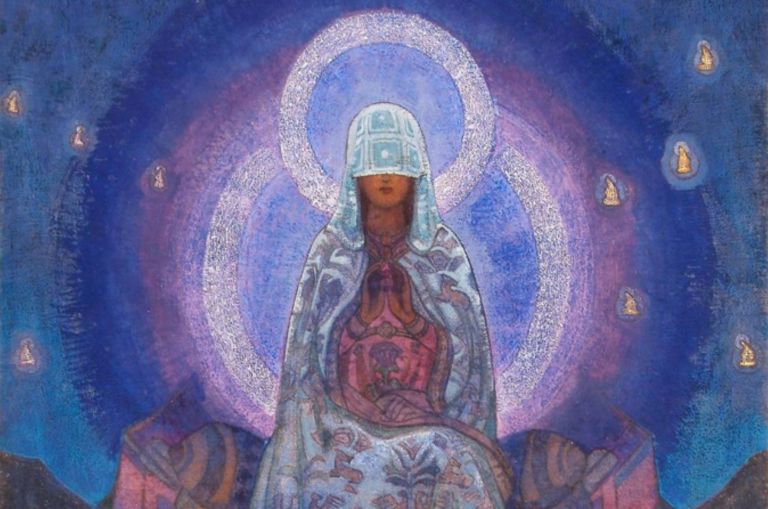 THE same hour that spring was born, a dream came to Maya as she slept. She saw a young elephant descending from the sky. It had six great tusks; it was as white as the

Then said Mary unto the angel, How can this be? And the angel answered and said unto her, Of the holy ghost and the power of the Highest. Therefore also, that holy child that shall