THE same hour that spring was born, a dream came to Maya as she slept. She saw a young elephant descending from the sky. It had six great tusks; it was as white as the snow on mountain-tops. Maya saw it enter her womb, and thousands of Gods suddenly appeared before her. They praised her with immortal songs, and Maya understood that nevermore would she know disquietude or hatred or anger.

[B]rahmans familiar with the mystery of dreams were summoned to the palace. When they had heard Maya’s story they spoke in this manner:

“A great joy is to be yours, O king, O queen. A son will be born to you, distinguished by the favor of the Gods. If, one day, he should renounce royalty, leave the palace, cast love aside; if, seized with compassion for the worlds, he should live the wandering life of a monk, he will deserve marvellous praise, he will richly deserve magnificent gifts. He will be adored by the worlds, for he will give them that which they hunger after. O master, O mistress, your son will be a Buddha!”

The brahmans withdrew. The king and queen looked at each other, and their faces were radiant with happiness and peace. Suddhodana then ordered that alms be distributed to the poor in Kapilavastu; and food was given to the hungry, drink to the thirsty, and the women received flowers and perfume. Maya became the object of their veneration; the sick crowded her path, and when she extended her right hand they were cured. The blind saw, the deaf heard, the dumb spoke, and when the dying touched a blade of grass she had gathered they recovered at once their health and their strength. And above the city a ceaseless melody was borne on the wind, exquisite flowers rained from the sky, and songs of gratitude rose on the air around the palace walls. 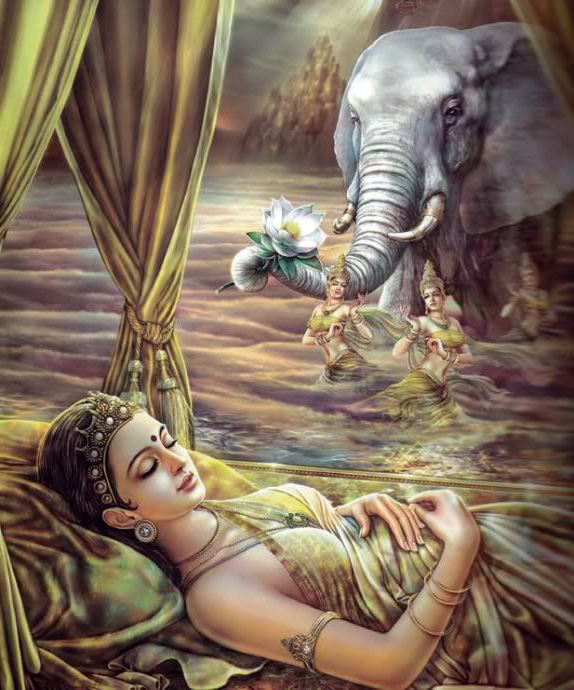 Hathor is the goddess of love, beauty, music, dancing, fertility, and pleasure.  She was a protector and had both priests and priestesses in her temples.  She is the mother of Horus and wife to the

They knew the Lady of Jerusalem as Ashratah, the Hebrew version of the Ugaritic name Athirat. The name meant ‘the one who makes happy’ or ‘the one who keeps you on a straight path’, and

She was very beautiful. It was as if the Goddess Lakshmi herself had strayed into the world. When she spoke, it was like the song of birds in the spring, and her words were sweet