According to the Buddha Carita, or the Life of Buddha, Siddhartha was conceived by the virgin wife of King Suddhodana through an immaculate conception where his mother Maya dreamt of a young elephant carrying a lotus flower.  It was said that he would bring light into the world.  As a new baby he was visited by many important people who brought him rare and costly gifts.  When only a young boy his mother took him to the temple where his Father was worshiped.  Wise tutors were hired to teach him, but his understanding and wisdom struck them dumb with astonishment.  Siddhartha was married to a beautiful, and wise woman who was his equal in every way.  Siddhartha purified his body with water from sacred ponds and then spent 7 weeks (49 days) meditating and fasting under the bodhi tree. While he was alone in the wilderness the daughters of the demon Mara were sent to tempt him with thirst, discontentment, and greed.  After gaining enlightenment the Buddha gained a following of disciples.  He spent three days in the cave of the demon Alavaka until the demon’s daily claim on men’s lives was surrendered.  Buddha entered Nirvana in the presence of 500 monks.

The official narrative is that Siddhartha lived in 624 BC, however the oldest image of Buddha that has been found is in the Bimaran Casket which was carbon dated to 50-60 AD.  Other ancient statues of Buddha have in the palms of the hands and soles of the feet circular marks representing a selfless attitude of personal service to others. 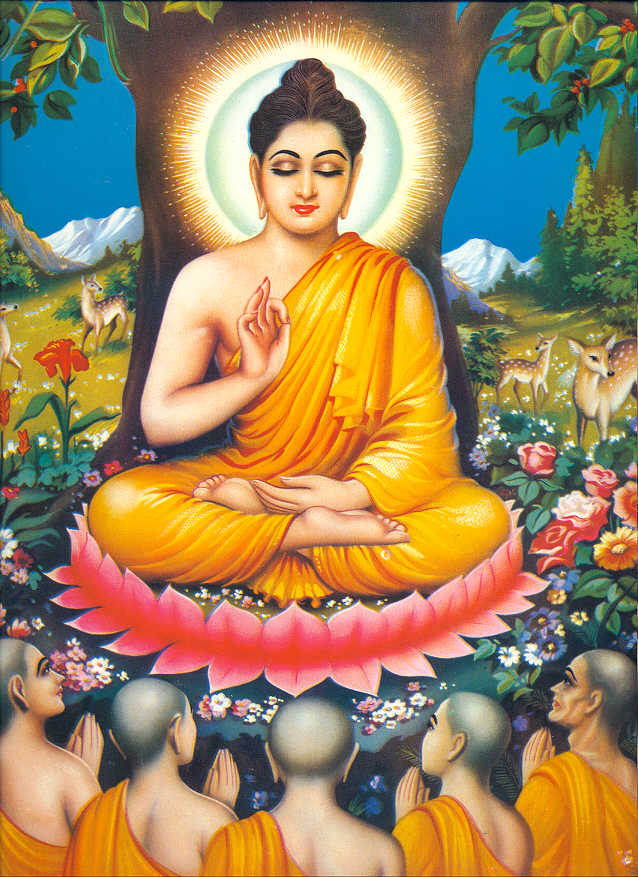 The Matsya or Fish Avatar

From the Bhāgavata Purāna “Desiring the preservation of herds, Brāhmans, genii, and virtuous men—of the Vedas, of law, and of precious things—the Lord of the Universe assumes many bodily shapes; but though he pervades, like