As wild horses are made to bear the yoke, even so did he subdue his passions, and in virtue he surpassed his kinsmen and his friends. The knowledge he acquired he placed at the service of his fellow-men, and he only studied those subjects that were useful to all. He not only sought the welfare of his own people but he also wanted the whole world to be happy. He purified his body with the water from the sacred ponds, and he purified his soul with the holy water of virtue. He never uttered a word that was pleasant and yet a lie; the truths he spoke never gave offense or pain. He tried to be just, and it was by honesty, not by force, that he defeated the pride of his enemies. He did not strike, he did not even look with anger upon those who deserved the penalty of death; instead, he gave them useful advice, and then their freedom. 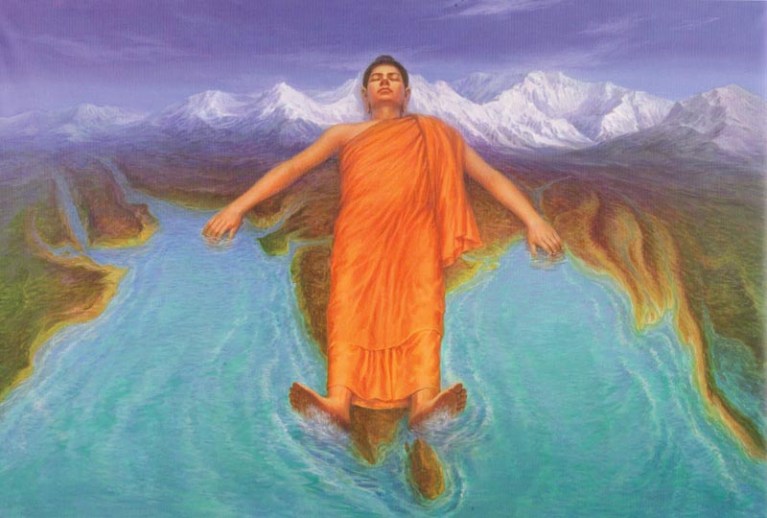 Jewish law requires that one immerse in a mikveh as part of the process of conversion to Judaism.  It also requres women to immerse before getting married and when observing the laws of niddah (menstrual