Jewish law requires that one immerse in a mikveh as part of the process of conversion to Judaism.  It also requres women to immerse before getting married and when observing the laws of niddah (menstrual purity).  Many Hasidic men immerse themselves in the mikveh every day.  Others immerse every Friday before Shabbat.  In some Jewish communities, it is also customary to immerse before Yom Kippur, and for grooms to immerse before their weddings.  Progressive Jews have used the mikveh to signify a new start after pain or loss.  For example, immersion can mark the completion of a year of bereavement, or recovery from divorce, rape, abuse, or life threatening  illness.

According to the classical regulations, a mikveh must contain enough water to cover the entire body of an average-sized man.  The rabbis also specified that a mikveh must be connected to a natural spring, or to a well of naturally occurring water — like rainwater.  If you’ve ever visited an ancient historical site in Israel, such as the fortress Masada, there’s a good chance you’ve seen a mikveh — or the remains of one.

Source: What is a Mikveh?

Then said the Pharisees unto him, Why will you not receive us with our baptism, seeing we keep the whole law? But Jesus said unto them, You keep not the law. If you had kept the law, you would have received me, for I am he that gave the law. I receive not you with your baptism because it profits you nothing, for when that which is new has come, the old is about to be put away; for no man puts a piece of new cloth on an old garment, for that which is put in to fill it up takes from the garment, and the rent is made worse. Neither do men put new wine into old bottles, else the bottles break, and the wine runs out, and the bottles perish. But they put new wine into new bottles and both are preserved.
Source: Matthew 4:10 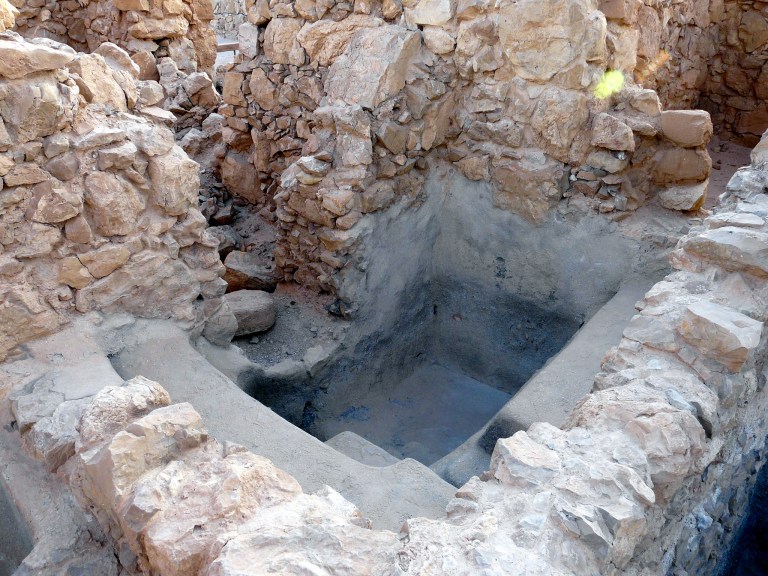 PrevPreviousPurified in Sacred Ponds
NextMarriage & the Exaltation of Man & WomanNext