Marriage & the Exaltation of Man & Woman

Marriage was, in the beginning, between one man and one woman, and was intended to remain so for the sons of Adam and the daughters of Eve, that they may multiply and replenish the earth. I commanded that there shall not any man have save it be one wife, and concubines he shall have none. I, the Lord your God, delight in the chastity of women, and in the respect of men for their wives.

It was my will that all marriages would follow the pattern of the beginning, and therefore all other marriages would be ordained as at the first. But fallen men refused my covenant, did not hearken to my word, nor receive my promise, and marriages fell outside my rule, disorganized and without me, therefore unable to endure beyond the promises made between the mortal man and the mortal woman, to end when they are dead.

Covenants, promises, rights, vows, associations, and expectations that are mine will endure, and those that are not cannot endure. Everything in the world, whether it is established by men, or by Thrones, or by Dominions, or by Principalities, or by Powers, that are not by my word and promise, shall be thrown down when men are dead and shall not remain in my Father’s Kingdom. Only those things that are by me shall remain in and after the resurrection.

Marriage by me, or by my word, received as a holy covenant between the woman and I, the man and woman, and the man and I, will endure beyond death and into my Father’s Kingdom, worlds without end. Those who abide this covenant will pass by the angels who are appointed, and enter into exaltation. Concerning them it shall be said, You shall come forth in the first resurrection, and if they covenant after the first resurrection, then in the next resurrection, and shall inherit in my Kingdom their own thrones, dominions, principalities, powers, all heights and depths, and shall pass by the angels to receive exaltation, the glory of which shall be a fullness, and a continuation of their posterity for ever.

Marriage is necessary for the exaltation of the man and woman and is ordained by me through the Holy Spirit of Promise, or in other words, by my covenant, my law, and my authority. Like the marriage in Eden, marriage is a sacrament for a sacred place, on holy ground, in my presence, or where the Holy Spirit of Promise can minister. But rebellion has kept mankind from inheriting what I ordained in the beginning, and therefore women and men have been left to marry apart from me. Every marriage established by me requires that I be part of the covenant for it to endure, for Endless is my name and without me the marriage cannot be without end: for so long as I endure it shall also endure, if it is made by my word and covenant.

But know also that I can do my work at any time, for I have sacred space above, and can do my work despite earth and hell. The wickedness of men has not prevented my will, but only kept the wicked from what they might have received.

Whenever I have people who are mine, I command them to build a house, a holy habitation, a sacred place where my presence can dwell or where the Holy Spirit of Promise can minister, because it is in such a place that it has been ordained to recover you, establish by my word and my oath your marriages, and endow my people with knowledge from on high that will unfold to you the mysteries of godliness, instruct you in my ways, that you may walk in my path. And all the outcasts of Israel will I gather to my house, and the jealousy of Ephraim and Judah will end; Ephraim will not envy Judah and Judah will not provoke Ephraim. 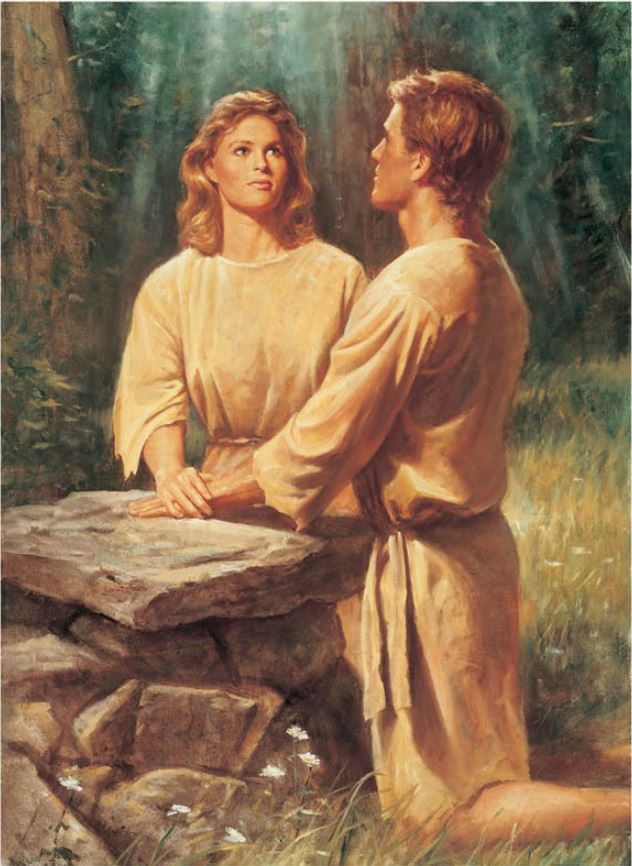 A man or woman of marriageable age that refuses to get married does not always get the approval of people of the Yorùbá society. Instead, they make corrective mockery of such individuals until the needful