The time came to take Siddhartha to the temple of the Gods. By the king’s command, the streets of the city and the public squares were superbly decorated; drums were sounded and bells joyously rung. While Mahaprajapati was dressing him in his richest apparel, the child asked:  “Mother, where are you taking me?”

“To the temple of the Gods, my son,” she replied. The child smiled and quietly went with her to meet his father.

Source: Siddhartha at the Temple

THE prince grew older, and the time came for him to study with the teacher who instructed the young Sakyas in the art of writing. This teacher was called Visvamitra.  Siddhartha was entrusted to his care. He was given, to write on, a tablet of gilded sandal-wood, set round with precious stones. When he had it in his hands, he asked: “Which script, master, would you have me learn?” 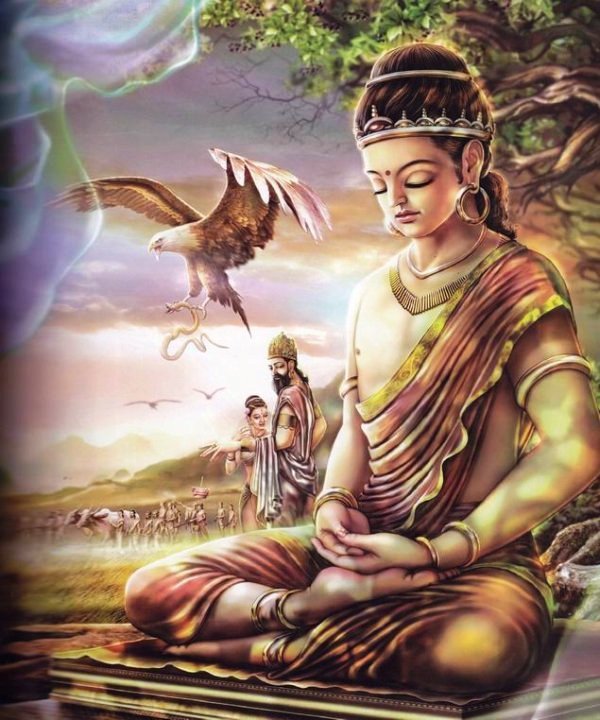 About My Father’s Business

And it came to pass after three days they found him in the temple, sitting in the midst of the doctors, and they were hearing him and asking him questions. and all who heard

Breathing Life into a Bird

Whenever Mother Mary got a moment to spare she liked to be busy in her garden, watering her flowers and planting out vegetables.  Jesus had always wanted to help her, and as soon as he