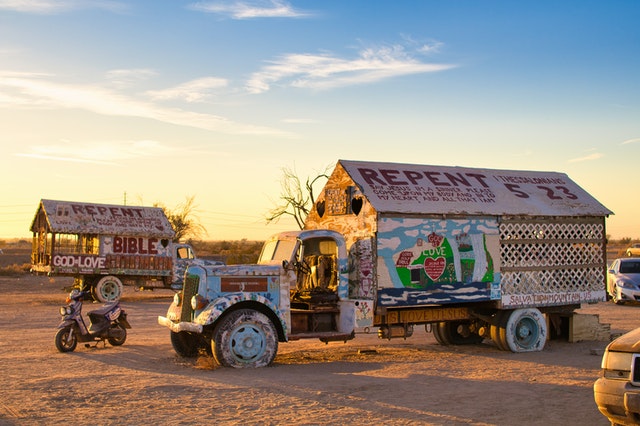 The simplest method of securing a silent weapon and gaining control of the public is to keep the public undisciplined and ignorant of the basic system principles on the one hand, while keeping them confused, disorganized, and distracted with matters of no real importance on the other hand.

I got the inspiration to write this blogpost literally months ago, and in an ironic unfolding of events I have been too distracted to actually write it.  Fitting perhaps and demonstrable for this article.

Fire and brimstone preachers who with thunder and fear demand repentance have done harm to the understanding of what repentance actually is.

I met a man on the ferry who was returning from San Francisco after a day of “crying” repentance with actual signs saying, “The End is Near.”  I talked to him, interested in his experience.  He told me that his own life was saved from drugs and addiction and he owed his recovery to God.  So this was his way of giving back.  I’m not sure how effective his method was, but I think his heart was in the right place.  I asked about how receptive people were to what he was saying and he confirmed that they were not.

Presentation matters.  With true principles, the best presentation is in the form of expounding, persuasion, opening minds to greater understanding.  The man holding his sign all day understood the word repentance because he had experienced it.  However, I don’t think he fairly represented what it was that was so valuable to him. 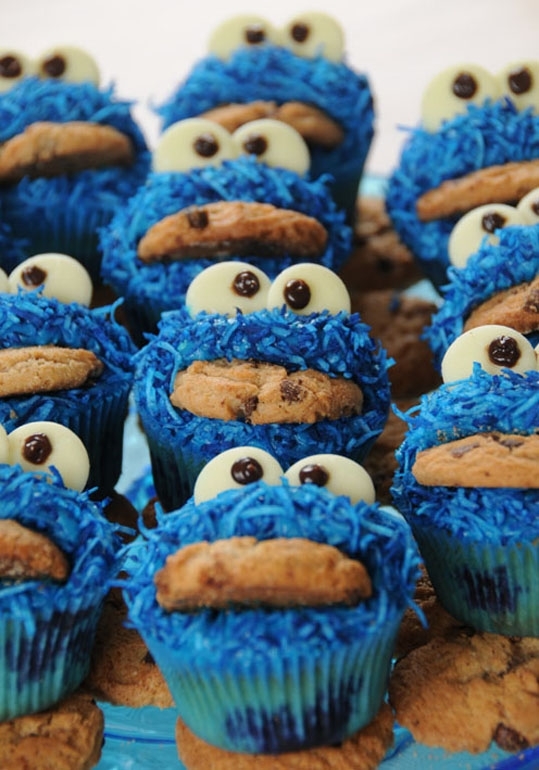 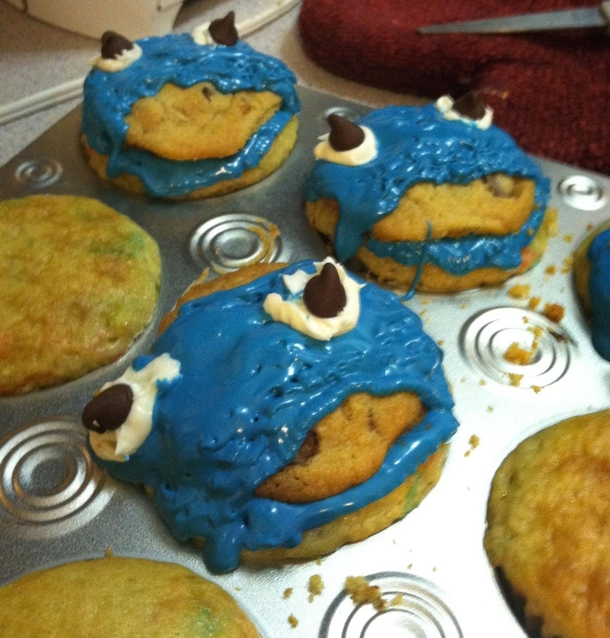 Repentance has to do with where our attention is.

There is a proclivity to want to share something that has benefitted us, especially when it comes in profound ways into our own lives.  Unfortunately one person’s particular eyeglasses prescription may not address another’s nearsightedness.

I recognize that my own calls to repentance are for me alone, but I will share nevertheless.

The abominable church is always ready to preach false, vain, and foolish doctrines to man. It will offer anything to distract people and keep them from seeing the Lord “bring again Zion.” It will even use the words of Zion to preach a false faith. It is abominable because its false teachings are clothed in the vocabulary of truth.

The principal object of our directorate consists in this: to debilitate the public mind by criticism; to lead it away from serious reflections calculated to arouse resistance; to distract the forces of the mind towards a sham fight of empty eloquence.

Experience has prevent that the simplest method of securing a silent weapon and gaining control of the public is to keep the public undisciplined and ignorant of the basic system principles on the one hand, while keeping them confused, disorganized, and distracted with matters of no real importance on the other hand.

Media: Keep the adult public attention diverted away from the real social issues, and captivated by matters of no real importance.
Schools: Keep the young public ignorant of real mathematics, real economics, real law, and real history.
Entertainment: Keep the public entertainment below a sixth-grade level.
Work: Keep the public busy, busy, busy, with no time to think; back on the farm with the other animals.

Our business is to get them away from the eternal, and from the Present. With this in view, we sometimes tempt a human (say a widow or a scholar) to live in the Past. But this is of limited value, for they have some real knowledge of the past and it.

In a word, the Future is, of all things, the thing least like eternity. It is the most completely temporal part of time — for the Past is frozen and no longer flows, and the Present is all lit up with eternal rays. Hence the encouragement we have given to all those schemes of thought such as Creative Evolution, Scientific Humanism, or Communism, which fix men’s affections on the Future, on the very core of temporality. Hence nearly all vices are rooted in the future.

Gratitude looks to the past and love to the present; fear, avarice, lust, and ambition look ahead.

My son is speaking in his Stake Conference today.  It is a semi-annual gathering of multiple local LDS congregations.   Despite the differences, I appreciate so much that we share important core beliefs.  He shared his talk with me and I thought it fit in so well with this topic.  I’ve trimmed it to include only his words:

When people use the term “fixated” they’re typically focusing on worldly things.  For example some people may be fixated on a video game or a hobby of theirs, or even their job.  But there is one things that we must be fixated on more than anything else out there.  What we need to be fixated on is the Savior.  Fixation is, in part, the inability to not stop thinking about something.  To keep our eyes and hearts fixated on the Savior Jesus Christ we must first put in place the things that make it possible to always remember Him.  The other part of being fixated on Christ is to always remember him, his example and emulate that in our daily lives and all activities.

It can sometimes be quite hard to keep the Savior Jesus Christ with us at all times as our daily lives can become very busy and often clouded with worldly distractions.  To keep Christ in mind at all times and do it consistently, think of him simply.  Think of Christ like a child would when you are busy.  A child sees Christ as someone who died for them, who loves them more than they know, and as someone who will never leave them for any reason.  Sometimes in our day, that is all we need to know to stay consistent with Christ’s teachings.

As you think of Christ through the day, it is easier to also have that eternal perspective with you at all times which allows you to know that everything you do will all be worth it, no matter how hard things get.  It will be easier to be more patient and loving with those who frustrate or may anger you.  When you think simply about Jesus Christ during the day and keep him in your heart, you will more often think of the simple things he did for people.  He acted out in kindness with a focus to serve others.  This does not mean we need to perform miracles on a daily basis, but instead we must be patient with everyone like he is patient with us, be loving to all as he is loving to all, and forgive everyone always as he has forgiven us of all our wrongdoings.  Being fixated on Christ at all times and in all places also means to act as he would act, do what he would do, and say what you think he would want you to say. 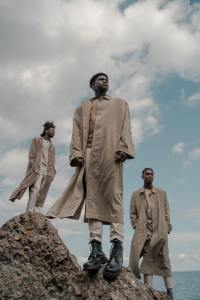 The Goose and the Gander
Were found to meander
In fields and meadows below.

Was heard the stark cry:
“You must do or must die!”
For dragons are more than they seem

They cannot be trained
But will lie, just the same
And deceive by design in puff magic

They only drink blood
And cannot be loved
But will kill, maim, destroy most tragic

The king sent a rescue so angels could expect to
Reclaim those who were lost down below.

Mothers will name us; but our deeds, they can shame us
We are remembered by actions alone
And so onto our tale, while down in the vale
of Piddle, Diddle and Wo

There was plenty of time, to enjoy and sublime
But not to the point of distraction

He called from the rocks to those tempest and tossed
giving courage to step out onto land.

Still the dragon was there, bearded and bare
Mauling all who dare to defy her

Wo, though was battered, remained in the hazard
and continued to call through the surf.

And when healed had gathered, again tempted and flattered
Casting dreams only dragons can promise.

Their clothes still were tattered, but what really mattered
Were the scars from battling for shore.
It made them much stronger and wise to the slaughter
should they harken to the voice of the whore.

Realizing that Piddle had been noncommittal
Diddle blamed his brother in arms.
But Piddle blamed Diddle and pled for acquittal
Too late, they were caught in the storms.

Neither one could undo,
nor had time to accrue
Oil.  It had been burnt during daylight.

The path had been mapped
with no time to distract
For dragons have advantage of foresight.

She knows she is doomed, to be in fire consumed
If you hearken, a new name she’ll bestow
And so we now know each lost sibling below
By Piddle, Diddle, and Woe.

Woe not for the servant, his pleadings most fervent
But for those fearful who listened to her.

Yet, Wo was his name.  Mother adds to his fame
with two letters, A.H, can you spell it?

For his patience and caution, for the hearts that were softened
He is Woah. War Horse, son of Shiloh

The Midewiwin Lodge will serve as a rallying point for the people and its traditional ways will be the source of much strength. The Sacred Megis will lead the way to the chosen ground of the Anishinabe. 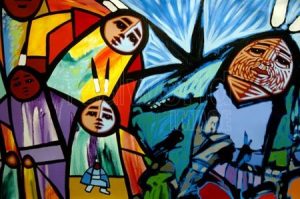