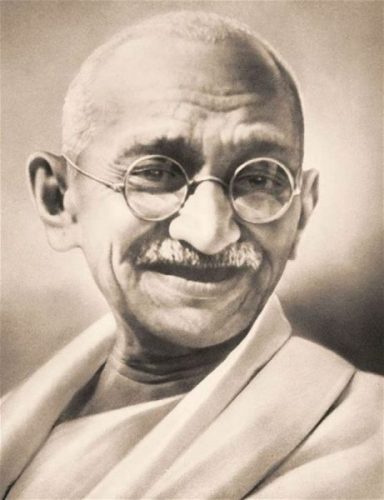 What a strange thing it would be to find a king that chose to set aside the usual tools of force and fear, to instead rule by patient persuasion and love. And yet this is exactly how God “rules” his people.

I want to have a discussion today about power. What is power?

Here’s how the dictionary defines it:

possession of control, authority, or influence over others

Typically, when we think about power, we think about emperors, governments, kings, and corporations. But what is it that gives these individuals and organizations their power over others?

Kings, emperors, and religious leaders throughout history have claimed a “divine mandate”, which means that they derive their right to rule directly from God. Ultimately, however, rulers have learned again and again that if those they rule cease to respect their authority, that authority evaporates as if it never existed, and they find themselves looking for a new job in the best case, or losing their head in the worst. Power over people ultimately depends on that people’s willingness to be subject to that power.

In 1919, India was subject to the power and authority of the mighty British Empire. Gandhi and other dissenters had begun questioning the British right to rule, as well as protesting various unfair British policies and laws. After various incidents of mob and government violence, tensions were high in the Indian province of Punjab. On the 13th of April 1919, five thousand Indian protestors and pilgrims had gathered in the Jallianwalla Bagh (Jaleen wala Bog), which is a 7 acre walled public garden in the city of Amritsar. The local British commander decided to exercise the “power” of the British Empire and teach the rebellious Indians a lesson.

The soldiers fired for 10 minutes on the crowd. This act of violence against unarmed people, including women and children, shocked and horrified the nation. It was a key event in turning nationwide sentiment against British rule. Was it the British who held true power in that square, or was it the demonstrators?

Joseph Smith had something important to say about the only divinely-approved source of power over others:

41 No power or influence can or ought to be maintained by virtue of the priesthood, only by persuasion, by long-suffering, by gentleness and meekness, and by love unfeigned;

42 By kindness, and pure knowledge, which shall greatly enlarge the soul without hypocrisy, and without guile—

43 Reproving betimes with sharpness, when moved upon by the Holy Ghost; and then showing forth afterwards an increase of love toward him whom thou hast reproved, lest he esteem thee to be his enemy;

What a strange thing it would be to find a king that chose to set aside the usual tools of force and fear, to instead rule by patient persuasion and love. And yet this is exactly how God “rules” his people. His words to Joseph were not meant to apply just to us. That principle applies to God himself. I’ve thought that calling God our “king” gives too many people the wrong idea, because mankind has corrupted that word, and attached meanings that just don’t apply in heavenly realms.

But wait, that would seem to contradict scriptures that say that God will punish and even destroy the wicked. In fact, many Christians are looking forward to the second coming of Christ, in which Christ appears in the clouds and the wicked are destroyed by fire. How does a vengeful Christ figure in the clouds fit with a servant-king who never uses tools of force or compulsion to bring about his will?

When Jesus was passing through a Samaritan village, the villagers rejected him, because he was a Jew. This angered James and John, who felt this rejection deserved God’s punishment.

54 And when his disciples James and John saw this, they said, Lord, wilt thou that we command fire to come down from heaven, and consume them, even as Elias did?

55 But he turned, and rebuked them, and said, Ye know not what manner of spirit ye are of.

56 For the Son of man is not come to destroy men’s lives, but to save them. And they went to another village.

Christ is not come to destroy, but to save. So then how does that fit?

It is the wicked who punish the wicked, in a cycle of violence and destruction. Once they have completely separated themselves from the spirit of love, then God no longer influences them. Just as night follows day, this path will always eventually lead to violence and death and destruction. This is the justice of God, the natural law of restoration that governs this creation. It is called karma in other cultures. Violence leads to violence. Take up the sword against others, and expect to die by the sword of others.

There is another “power” mentioned in the scriptures, and that is the power of the Holy Ghost. It is the quiet voice of truth. It gently and patiently persuades rather than compels. And yet when we fully receive it, it changes our hearts, which represent our most basic desires – what we want most. Now we do the will of God not because he’s forcing us to do it, but because we want to do it, we choose to do it.

This change of heart is called the baptism of fire and the Holy Ghost, because our hearts our purified by fire, which represents the excruciatingly painful knowledge of all our sins and wickedness. Remember when Moses tried to lead his people up the mount to connect with God? The mount was concealed by clouds, which represent the veil separating us from the presence of God.

To those who wish to see a vengeful God that uses force to achieve his will, there are plenty of scriptures that will seem to support this idea of a “powerful” God. But to those who wish to see a loving God that uses persuasion to achieve his will, those same scriptures have a deeper layer of meaning. God’s power is truth whispered softly. It often appears simple and small. It patiently waits for the prodigal son to return. And yet it changes hearts and changes minds. And that power ultimately brings down kings, and governments, and corrupt religions, because once people see greater truth, they cease to support the old idols, and they crumble into nothing. 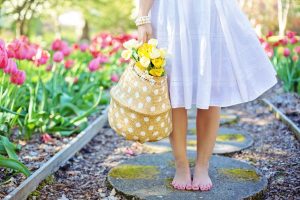 To possess a key is to possess the pivotal knowledge of some eternal principle that grants access to higher levels of spiritual ability and power. A very small key can open a very large door. But take away the key and the door may as well be a wall. 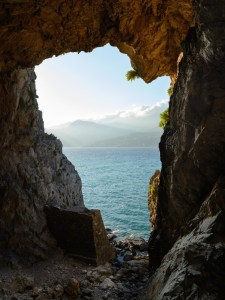 In this related prophecy, the emergence from darkness accompanies a gathering, similar to the gathering of the people under the Great Peacemaker after first being led into separate lands.