Mary, the Mother of Christ 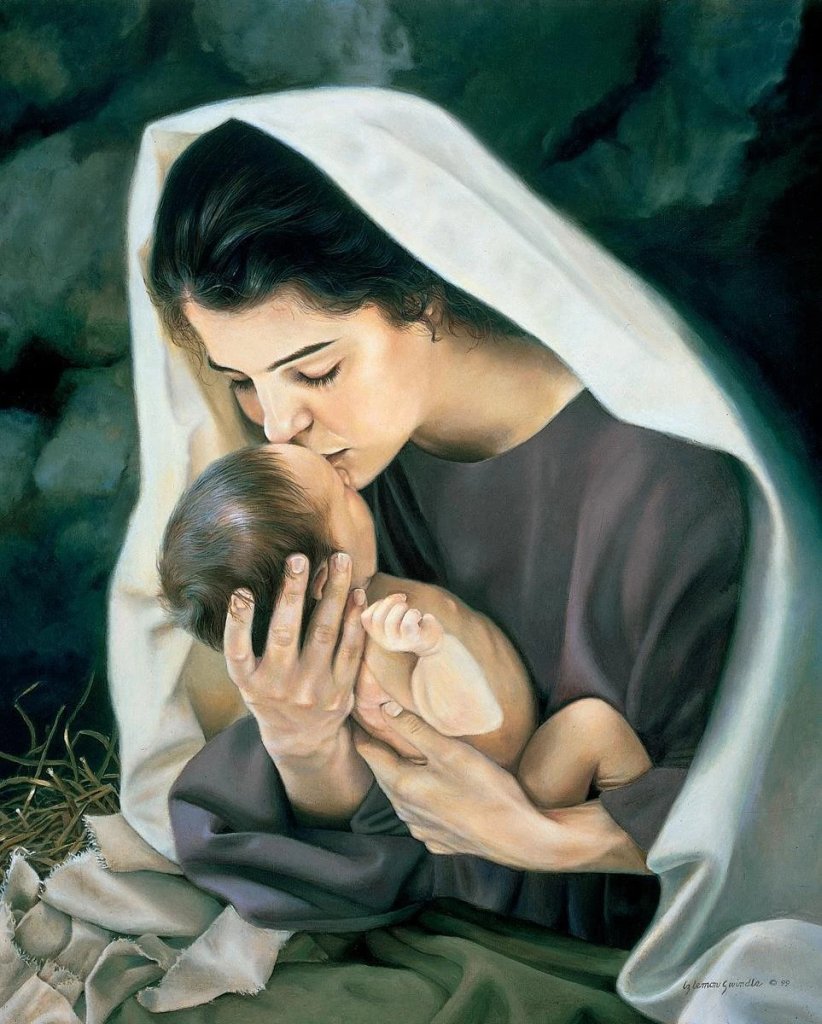 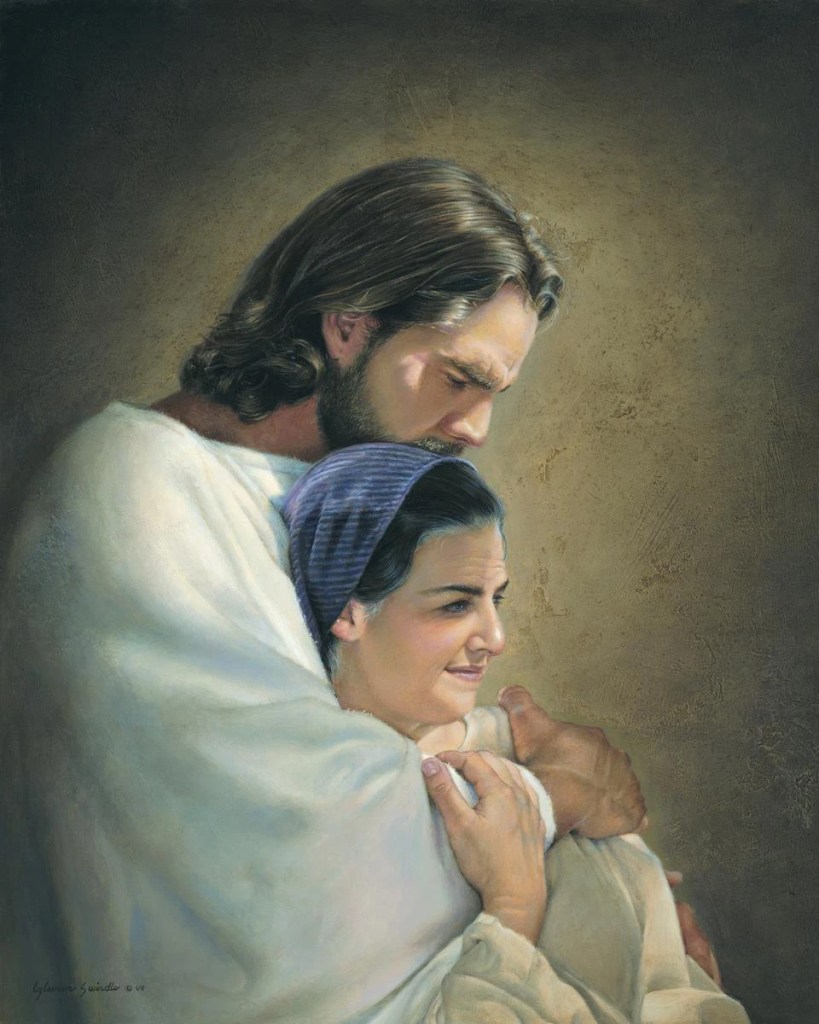 Scriptures speak carefully about the existence and importance of a Heavenly Mother — a Divine Female whose greatest attribute is to bestow wisdom upon the whole of this creation. It is possible to completely miss Her presence.1 The Father and the Son are masculine and therefore personified by the word “knowledge.” The Mother and the Son’s companion are feminine and are personified by the word “wisdom.” These personifications reflect an eternal truth about these two parts of the One True God. Knowledge (masculine) initiates; Wisdom (feminine) receives, guides, and tempers. Knowledge can be dangerous, unless it is informed by wisdom. Wisdom provides guidance and counsel to channel what comes from knowledge. These are eternal attributes, part of what it means to be a male or a female. Creation begins with the active initiative of knowledge, but order and harmony for the creation requires wisdom. Balance between them is required for an orderly creation to exist. A great deal can be learned about Heavenly Mother by searching for the word “wisdom” in scripture. Very often the reference to “wisdom” is to Her distinctly, not merely an abstract attribute.2

What was Mary’s role? Who was she? Is it possible she was “the mother of God” before she came into mortality? These are important questions that ought to be asked. If one can learn the answers, they would indeed be glorious. The Greek title “Mother of God,” Theotokos (Θεοτοκοσ), has been used in Eastern Christianity since the Third Century (and perhaps as early as the Second Century). The title was exclusively associated with Mary. By the Fifth Century, the title became controversial, and the replacement term “Mother of Christ,” Christotokos (Κριστοτοκοσ), was substituted. Since the pre-earth existence of man is not universally accepted in Christianity, most Christians have never considered even the possibility of a pre-earth identity for Mary. Despite this, she, like all mankind, existed before this world. If God the Father obeys the same commandments He imposes upon His children, then for Him to father a child with any woman other than His Wife would violate His decrees about adultery and chastity.3 Before this creation, the Mother in Heaven was with the Father. She was beside Him when His work began. She was there when the plan was laid, the boundaries established, and the compass applied to establish order for the creation. All the Father knows, the Mother knows. All the Father established and ordered, the Mother established and ordered. They are One.4The Father is the source of glory and likened to the sun. The Mother reflects and shares this glory and is likened to the moon. She reflects God’s glory, endures within it, and is empowered by it. She can participate with Him in all that is done wielding that glory. “Knowledge” is the initiator or force, and “wisdom” is the regulator, guide, apportioner, and weaver of that power. If not tempered and guided by wisdom, knowledge can be destructive. Wisdom makes the prudent adaptations required for order. The Father and Mother are One. But the Mother bridges the gulf between the Throne of the Father and fallen man. She made it possible for the Son of God to enter this fallen world for the salvation of everything in it. A great deal of reflection and study is needed to understand all this implies. This is an introduction of some basic information about the Mother of God or “the Mother of the Son of God after the manner of the flesh.”5 If “the condescension of God” included the Mother of God, as well as Her Son, then She was also a critical participant for providing the sacrificial lamb required for our redemption.6

“When She declares whoso findeth me findeth life and shall obtain favor of the Lord, (Proverbs 1:38), it should be taken literally. This does not mean we now pray to Her, for we are commanded to pray to the Father. But it does mean when we use the word Father to describe God, we finally regard God to be both male and female — the original image of God.”7 While acknowledging a Divine Mother is appropriate, singling Her out for worship is not. The words of the Divine Mother’s Proverb and Mary’s psalm both venerate and praise the Father. The role of God the Father is critical to acknowledge and understand for our salvation. Jesus Christ is the essential Savior and Redeemer whose atoning sacrifice is the means ordained by God to now rescue mankind from sin and death. Salvation depends on knowing, confessing, and worshiping Christ. Anything that distracts men or women from that can become an impediment to salvation. The Mother’s greatest accomplishment has been to take the seed of God the Father and magnify it. She controls and weaves His seed into Their organized spirit offspring. From Their glory, or intelligence, She produces organized intelligences or spirits. One of the titles for the Heavenly Mother is “The Great Weaver” because She formed unorganized intelligence into organized spirits, becoming the Mother of All Living. All of mankind are intimately connected to Her, for they came from Her. Mortal women have inherited a similar power from Her. This inheritance empowers them to become mothers here. The capacity to fashion matter into another human being belongs only to Her daughters. All human life begins inside the womb of the woman, where the work of The Great Weaver is replicated for each one of Her children who has ever lived in this world.8 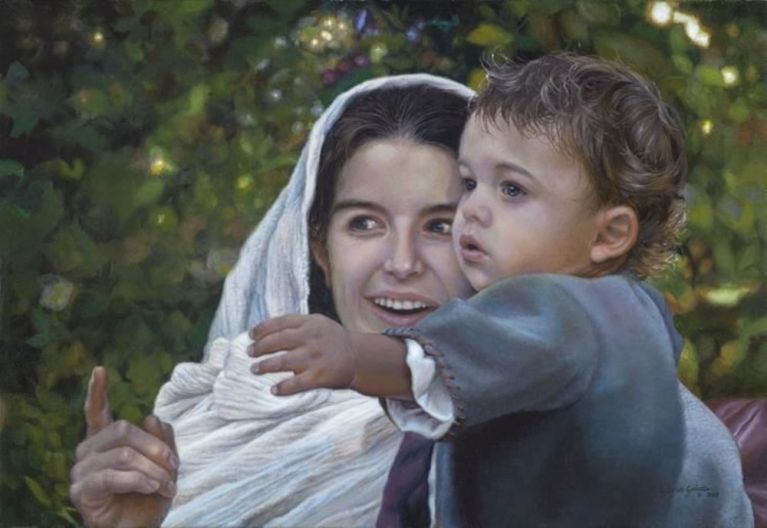 Then said Mary unto the angel, How can this be? And the angel answered and said unto her, Of the holy ghost and the power of the Highest. Therefore also, that holy child that shall

Hathor is the goddess of love, beauty, music, dancing, fertility, and pleasure.  She was a protector and had both priests and priestesses in her temples.  She is the mother of Horus and wife to the