Devaki conceived Krsna by divine conception as the child was transferred into her womb by mind to mind transference. Krishna was the 8th child of Devaki and also the 8th avatar of Vishnu.

“Thereafter, accompanied by plenary expansions, the fully opulent Supreme Personality of Godhead, who is all-auspicious for the entire universe, was transferred from the mind of Vasudeva to the mind of Devakī. Devakī, having thus been initiated by Vasudeva, became beautiful by carrying Lord Kṛṣṇa, the original consciousness for everyone, the cause of all causes, within the core of her heart, just as the east becomes beautiful by carrying the rising moon.

“Devakī then kept within herself the Supreme Personality of Godhead, the cause of all causes, the foundation of the entire cosmos, but because she was under arrest in the house of Kaṁsa, she was like the flames of a fire covered by the walls of a pot, or like a person who has knowledge but cannot distribute it to the world for the benefit of human society. v19 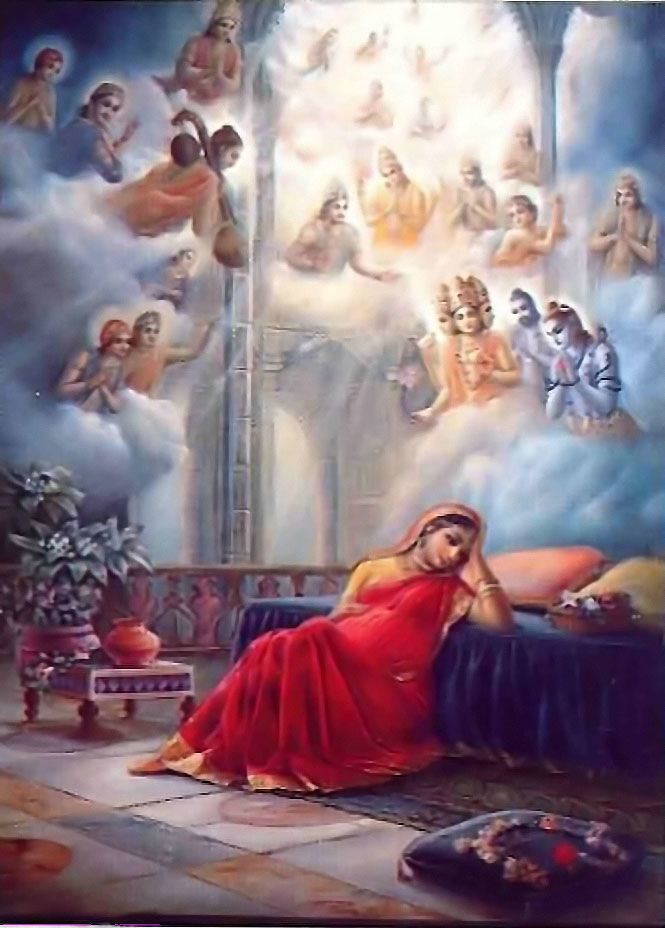 While a great deal more could be said to demonstrate that God the Father necessarily includes God the Mother, we want to know more than merely She exists. We want to understand her character, perfections

They knew the Lady of Jerusalem as Ashratah, the Hebrew version of the Ugaritic name Athirat. The name meant ‘the one who makes happy’ or ‘the one who keeps you on a straight path’, and

What Desireth Thou? What Beholdest Thou?

And it came to pass that the spirit said unto me, Look. And I looked and beheld a tree, and it was like unto the tree which my father had seen; and the beauty thereof