Kalki (meaning “eternity” or “mighty warrior”) is the last incarnation of Vishnu. He is not expected to appear until the end of Kali Yuga, the current time period. Kalki will come, it is believed, to rid the world of oppression by unrighteous rulers. It is said that he will appear riding a white horse and carrying a fiery sword.

Apart from that, it is also said that Lord Kalki would defeat the Kings called to Koli and hand over the rule to Devapi and Maru the religious king of Koli yugas.

After the defeat and destruction of evil on earth, the Satya Yuga (millennium) dawns.  Kalki will bring golden age.  Kalki will divide the earth into kingdoms among his generals where there is no death and take them to Vaikuntha (highest kingdom) with Kalki.  Having finished his mission of restoring peace, Kalki will rule.

O Keśava! O Lord of the universe! O Lord Hari, who have assumed the form of Kalki! All glories to You! You appear like a comet and carry a terrifying sword for bringing about the annihilation of the wicked barbarian men at the end of the Kali-yuga.  Śrīmad-Bhāgavatam 6.3.12–15

For behold, the Lord will come with fire and with his chariots like a whirlwind, to render his anger with fury and his rebuke with flames of fire. For by fire and by his sword will the Lord plead with all flesh, and the slain of the Lord shall be many. 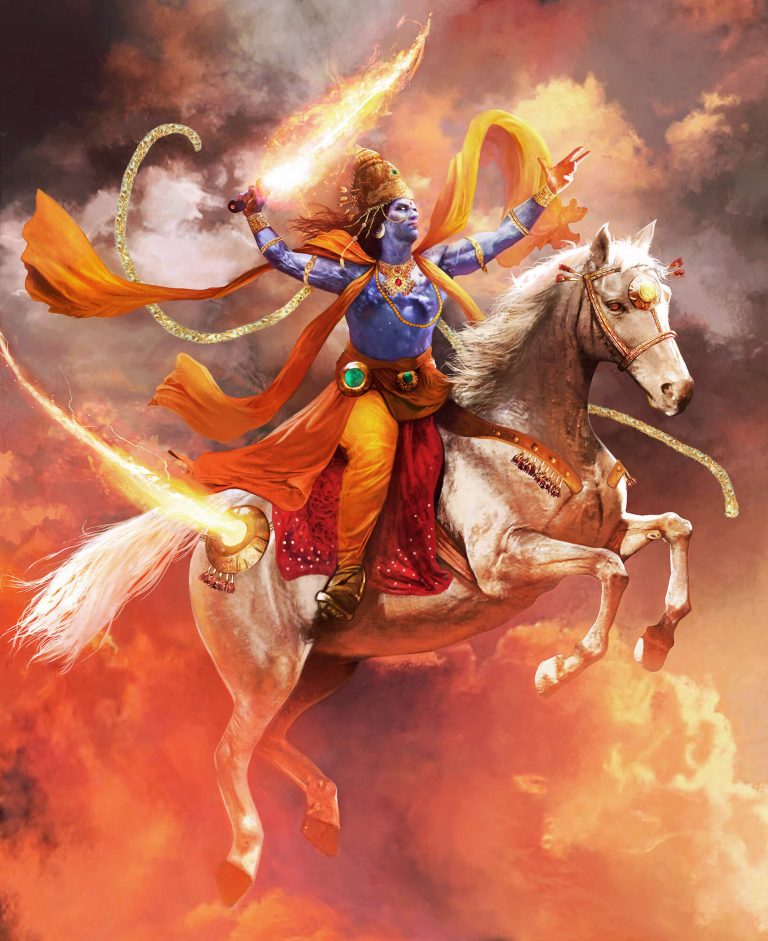 And I saw Heaven opened, and behold, a white horse; and he that sat upon him is called faithful and true, and in righteousness he does judge and make war; his eyes were as a