When I saw His resurrection, I was surprised to see it was still dark. When Mary realized it was Jesus, she embraced Him joyfully. She did not timidly reach out her hand, but she readily greeted Him with open arms, and He, in turn, embraced her. It is difficult to describe what I saw of the incident, apart from saying the Lord was triumphant, exultant, overjoyed at His return from the grave! She shared His joy. I was shown the scene and do not have words to adequately communicate how complete the feelings of joy and gratitude were which were felt by our Lord that morning. As dark and terrible were the sufferings through which He passed, the magnitude of which is impossible for man to put into words, these feelings of triumph were, on the other hand, of equal magnitude in their joy and gratitude. I do not think it possible for a mortal to feel a fullness of either. And, having felt some of what He shares with His witnesses, I know words are inadequate to capture His feelings on the morning of His resurrection. He had the deep satisfaction of having accomplished the most difficult assignment given by the Father, knowing it was a benefit to all of His Father’s children, and it had been done perfectly.

Mary and Christ embraced. There was nothing timid about the warm encounter she had with Him. Then He said to her, “Hold me not” because He had to ascend, return and report to His Father. Joseph Smith was correct when he revised this language. I then saw Him ascend to heaven. I saw the golden heavenly light glowing down upon Mary as she watched His ascent. All this happened while it was yet dark on the morning He rose from the dead. He has shown this to me and I can testify to it as a witness. 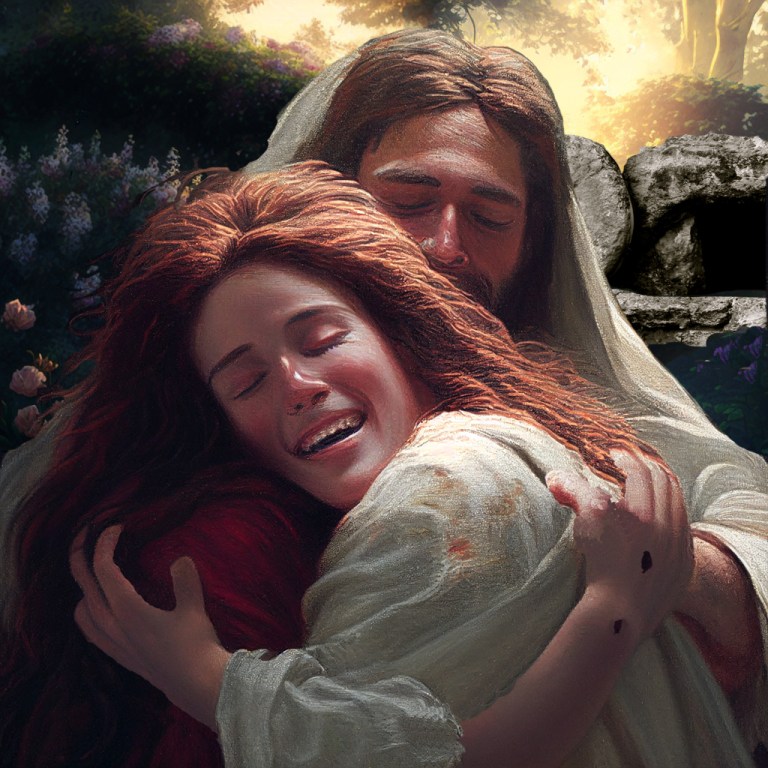 Isis, Healing in her Wings

Isis is the wife of Osiris (Horus) who died and was resurrected. According to some texts, she and her sister Nephthys (see Martha) must also protect Osiris’s body from further desecration by the enemy Set