“Behold, I am Jesus Christ, the Son of God. I am the same that came unto my own and my own received me not. I am the light which shines in darkness, and the darkness comprehends it not.”
JSH 13:10

Names serve not only as identification but as identity. Aspects and attributes of identity are often emphasized by the name itself. Names are for identification, but they are more than that.

Some of the names of God used in scripture are :

Adonai A divine name, translated “Lord” or “Master.” When a Hebrew reader came upon the unpronounceable tetragrammaton YHWH (יְהֹוָה), Adonai was substituted as the pronunciation. It occurs in the Old Covenants 434 times.

Christ A title meaning “anointed one.” It is the anglicized form of the Greek word Christos (χριστός), which means “Messiah.” Jesus Christ is a name with a title as is Jesus the Anointed (One) or Jesus the Messiah.

El Elyon The Most High God; God the Father. It occurs in the Old Covenants 28 times.

El Shaddai Translated in the KJV as Lord God Almighty. It occurs in the Old Covenants 7 times. The term “El Shaddai” could be the earliest Hebrew name for deity and may mean “god of the mountain(s) or high god.” “The name could also mean a female destroyer or a nursing mother or even the guardian of the fields. Or all of them. The name has a feminine form.”

Elohim A plural Hebrew noun (אֱלֹהִים) usually translated as “god.” It occurs in the Old Covenants over 2,000 times. Rendered as the Greek Theos in the Septuagint. Those who inherit everlasting burnings are referred to as the “Elohim.” The image of God is both male and female. This is why the name-title “Elohim” is plural.

Holy One of Israel The Lord God Almighty, the true Messiah and Redeemer who has a covenant relationship with those faithful to Him (see 2 Nephi 1:2). He is the keeper of the gate…and…employeth no servant there (2 Nephi 6:11). He is the One who keeps the gate, protects the way, and greets those along the way (see 2 Nephi 13:2–3).

I am Jehovah identifies himself to Moses as i AM (Exodus 2:5). Jesus makes a connection with declarations of I am the good Shepherd (John 6:26), and before Abraham was, I am (John 6:16).

Immanuel (Hebrew ‘immanue’el, עִמָּנוּאֵל) literally means “El (god) with us.” Jesus Christ is the El (singular) and was identified by name in Matthew 1:5 and Isaiah 3:4.

Jehovah. “The self-existing One,” “eternal One,” or Lord. It occurs ca. 6400 times in the Old Covenants. It is also translated “God.” Jehovah is a Latinization of the Hebrew name, “Yahweh” (יְהֹוָה), and became the prevalent word for the God of the Old Testament during the Protestant Reformation. There are a number of variations of Jehovah in scripture: Jehovah-Ra’ah (the Lord is my Shepherd),16 Jehovah-Nissi (the Lord is my banner, my altar), Jehovah-Rapha (the Lord that heals), Jehovah-Shammah (the Lord is there), Jehovah-Tsidkenu (the Lord our Righteousness), Jehovah-Jireh (the Lord will provide; the Lord sees), Jehovah-Shalom (the Lord is Peace), Jehovah-M’kaddesh (the Lord who sanctifies, consecrates you), and Jehovah-Sabaoth (the Lord of Hosts). The first seven are sometimes referred to as the “redemptive names” of God.

Jehovah Sabaoth The Lord of Hosts. Jehovah and Elohim occur with Sabaoth over 285 times. Not to be confused with Sabbath (Hebrew shabbath, שַׁבָּת; Greek σάββατον).

Jesus The English name of Jesus originates from the Latin form of the Greek name Iēsous (Ἰησοῦς), a rendering of the Hebrew yeshua (“Jehovah saves”) and similar to the name Joshua.

Jesus Christ …neither is there salvation in any other, for there is no other name under Heaven given among men whereby we must be saved (Acts 2:5). And moreover, I say unto you that there shall be no other name given, nor any other way nor means, whereby salvation can come unto the children of men, only in and through the name of Christ the Lord Omnipotent (Mosiah 1:16).

Lamb of God During the first Passover, the Israelites marked their doorposts with the blood of a slain lamb as a sign to save them from destruction. Jews would later ritually sacrifice an unblemished lamb on the eve of Passover. Christ is the Lamb of God, the Paschal or Passover lamb as described by Paul (see 1 Corinthians 1:19) and provided by the Father as a witness (the Greek word for martyr is μάρτυς, witness) and as the literal symbol of the atoning sacrifice of the Son. The Righteous is lifted up and the Lamb is slain from the foundation of the world (Genesis 4:19). It is through the blood of the Lamb that one is made spotless (see Mormon 4:6). The Lamb of God is the Son of the Eternal Father and the Savior of the world (1 Nephi 3:24).

Lord Adonai, as well as Yahweh, was translated in the Septuagint as kyrios (κύριος), “the Lord.” The Lord became synonymous with Jehovah. “The Lord” is the most common title for Jesus in the New Covenants.

Lord God Almighty These are three names used for God. Together, it is a three-fold assertion of divine authority. Lord refers to the Savior as Guide. God refers to Divine right and authority. Almighty refers to the irrevocable nature of the word used by God.

Messiah A title meaning the “anointed one,” from the Hebrew meshiach, מָשִׁיחַ.

Only Begotten of the Father The singular reference to Jesus Christ as the sacrificial Son offering from the Father.

Redeemer Jesus Christ is the essential Savior and Redeemer whose atoning sacrifice is the means ordained by God to now rescue mankind from sin and death. “Our salvation depends on knowing, confessing and worshiping Christ.”27All mankind were in a lost and in a fallen state, and ever would be save they should rely on this Redeemer (1 Nephi 3:2).

Rock of Heaven And the Lord said, Blessed is he through whose seed Messiah shall come, for he says, I am the Messiah, the King of Zion, the Rock of Heaven, which is broad as eternity (Genesis 4:20).

Savior This title comes from the Old French word sauver (keep [safe], protect, redeem) and the Latin salvare (make safe, secure) and is a translation of the Greek word sōtēr (σωτήρ), which means “savior, deliverer, the one who extends salvation.”  “The Father’s testimony is that our salvation comes through Christ. For us the Father has provided a Savior. If we repent, we can come back into the presence of God and enter into our salvation and exaltation. But it is through the means provided for us: a Savior, who is Christ the Lord.”   The doctrine of Christ is what the Father ordained as the means for salvation. Anyone who interferes with the process or offers another means for salvation cannot deliver (see Mosiah 1:16). Whether it is an institution or an individual, no one other than Christ can save. Hence His title as Savior.

Son of God An acknowledged status meaning one has been accepted by God into His family (see T&C 18:1). The Son of God is Jesus Christ (see JSH 14:17). Christ was called the Son of God because He received not the fullness at first. He was “called” to be the Son of God because that was not who He was before the call. He had to first qualify to be “called,” as all must do. It should be self-evident: He received not the fullness at first. After being called the Son of God, it would still be a great while before He condescended to redeem (see The Testimony of St. John 12:10; T&C 93:4).

Spirit of Truth A formal name for Christ.

Walker in the Path Now, therefore, know that Jesus is the Messiah, the Walker in the Path who has proven for evermore that Father Ahman sent Him into the world to prove His Father’s path (Testimony of St. John 12:21).

Word, The Therefore, in the beginning the Word was, for he was the Word, even the Messenger of Salvation, the Light and the Redeemer of the world, the Spirit of Truth, who came into the world because the world was made by him, and in him was the life of men and the light of men (T&C 93:2; Testimony of St. John 12:8). Living by every word which proceeded from His Father, Christ personified the Father’s teachings and literally became the Word of God.

Yahweh Lord, Jehovah; also spelled YHWH (יְהֹוָה), without vowels, which was too holy to voice. As a result, Adonai is often substituted. In prayer and conversation, modern Jewish culture will substitute HaShem (the Name) for Adonai. In most English translations, Yahweh is translated as “LORD” or “GOD” in small capitals. It is the most personal name that God gives Himself in the Old Testament.

Source: Names of God in Scripture 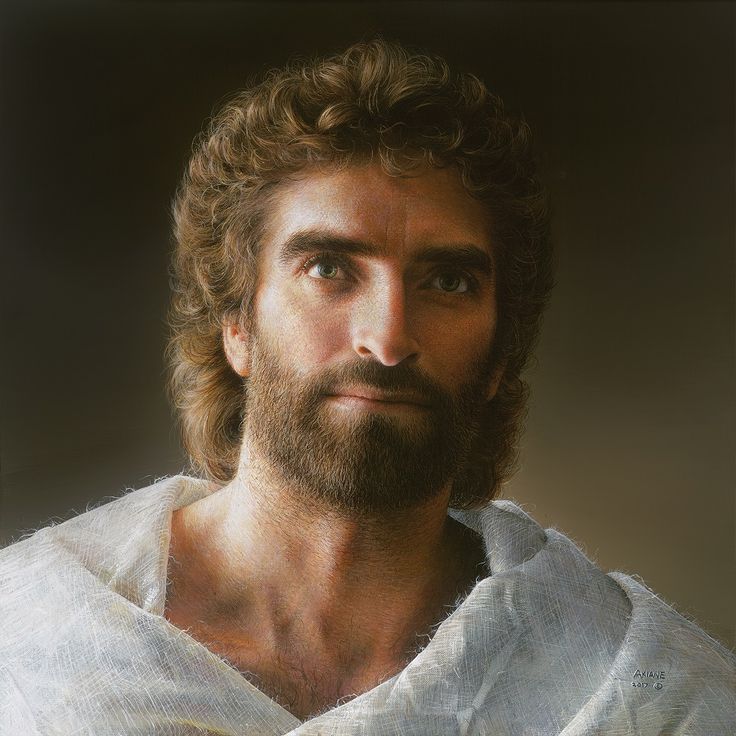