Eve, Mother of All Living

“And I, the Lord God, said unto my Only Begotten that it was not good that the man should be alone; wherefore, I will make a help meet for him. […] And I, the Lord God, caused a deep sleep to fall upon Adam, and he slept. And I took one of his ribs and closed up the flesh in the stead thereof. And the rib which I, the Lord God, had taken from man, made I a woman, and brought her unto the man. And Adam said, This I know now is bone of my bones and flesh of my flesh. She shall be called woman because she was taken out of man; therefore shall a man leave his father and his mother and shall cleave unto his wife, and they shall be one flesh. And they were both naked, the man and his wife, and were not ashamed. […] And Adam called his wife’s name Eve because she was the mother of all living, for thus have I, the Lord God, called the first of all women, which is many.
Source: Genesis 2:13-14,18

The parable of the creation of the woman differs from the creation of the man. She was not formed from the dust of the ground. She was formed from a “rib” — from an already existing part of the man. She was born from something equal to him and able to stand beside him in all things. But the parable about the woman, Eve, means a great deal more. She was at Adam’s side before the creation of this world. They were united as “one” in a prior estate when they progressed to become living “souls” with both bodies and spirits. They were sealed before this world by the Holy Spirit of Promise and proved true and faithful. They once sat upon a throne in God the Father’s Kingdom. In that state, they were equal and joined eternally together. She sat beside him and was a necessary part of his enthronement. Her introduction into this world to join her companion was needed to complete Adam. It was not good for him to be alone. They were “one,” and therefore, Adam without Eve was not complete — or in the words of the parable, not good to be alone. Like the man Adam, the woman Eve was the spirit offspring of Heavenly Father and Heavenly Mother. But unlike the man Adam, who was the physical offspring of Christ, the woman Eve needed to be the physical offspring of God the Father and God the Mother. Eve was Adam’s sister in spirit. Eve was also his physical aunt. She needed to be a direct descendant of the Heavenly Mother in order to be endowed with her Mother’s creative abilities. That power belongs to the Mother. The fertility of Eve, and thereafter of all the daughters of Eve, came because of the power given from direct descent from the Heavenly Mother. Women descend from mother Eve, who was born the biological daughter of Heavenly Mother. Women descend from Heavenly Mother to endow them with Her creative power of fertility to bear the souls of men.

Eve was not beneath Adam, nor subject to his rule, when first created. Eve was put beside him to complete him and be his helpmeet. There was another condition required to enable Christ to lawfully redeem the daughters of Eve, as well as the sons of Adam. The parable of the creation includes this step to put Eve under Adam’s responsibility. The account explains that Eve (and by extension her daughters) was put under Adam’s rule. Adam was handed responsibility and accountability for Eve. These are the words in the parable: Thy desire shall be to thy husband, and he shall rule over thee. Adam was made accountable to “rule” in the fallen world. All the mistakes, mismanagements, failings, wars, and difficulties of mortality are the responsibility of the appointed “ruler.” Adam would not have been accountable for Eve unless she was made subject to his “rule.” Once under Adam’s rule, the redemption of Adam became also the redemption of Eve. Therefore, Adam and the sons of Adam, and Eve and the daughters of Eve, were all rescued through Christ’s atonement for mankind. The parable continues with another allusion to Heavenly Mother: And Adam called his wife’s name Eve because she was the mother of all living, for thus have I, the Lord God, called the first of all women, which are many (Genesis 2:18). One of the names of Heavenly Mother is “Eve.” She was the “mother of all living” because She was the one who mothered the spirits of Adam and Eve and was, therefore, parent of them both. Out of respect for Her, Adam called his companion by the same name as the Heavenly Mother. Redemption of all mankind, male and female, required Adam to descend from Jesus Christ. It also required Adam to “rule,” or be responsible to teach, all those in his dominion. That role, assigned to Adam, was in order to extend the legal effect of Christ’s redemption to Adam, Eve, and their posterity. However, for women to bear the souls of men, Eve had to be a direct descendant of Heavenly Mother. 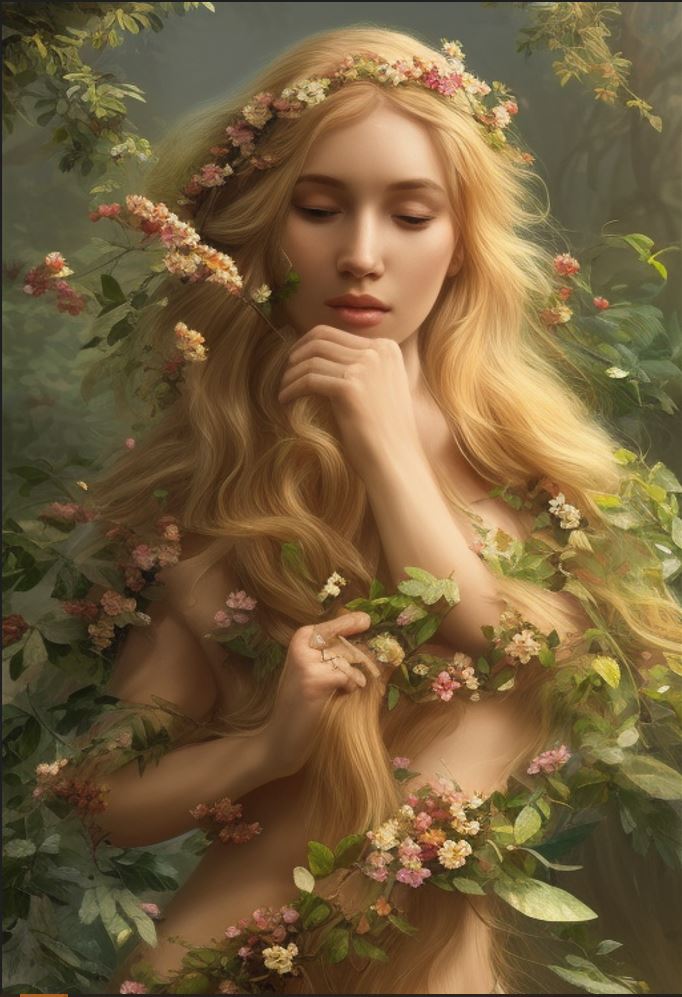 Askr and Embla, the first human couple. According to Snorri’s Edda, Borr’s sons Odin, Vile and Ve walked along the beach one day and found two trees. “Of them formed the people to whom Odin