“The New Testament account begins with a lone, obscure priest, cycling through his duties at the Temple, and to his surprise, encountering a vision of the Lord’s angel, Gabriel. It wasn’t Annas, nor Caiaphus, nor any of the Chief Priests or notable scribes or lawyers. Rather it was an obscure, elderly priest chosen from outside the hierarchy to whom the Lord “made Himself known.”
Source: Come, Let Us Adore Him, Chapter 3: Chosen People, paragraph 41 (approx. page 49)

And Zacharias said unto the angel, How shall I know this? For I am an old man, and my wife is well-stricken in years. And the angel answering said unto him, I am Gabriel, who stand in the presence of God, and am sent to speak unto you, and to show you these glad tidings.
Luke 1:4

And in the sixth month, the angel Gabriel was sent from God unto a city of Galilee named Nazareth, to a virgin espoused to a man whose name was Joseph, of the house of David; and the virgin’s name was Mary. And the angel came in unto her and said, Hail, virgin, who are highly favored of the Lord. The Lord is with you, for you are chosen and blessed among women. And when she saw the angel, she was troubled at his saying, and pondered in her mind what manner of salutation this should be. And the angel said unto her, Fear not, Mary, for you have found favor with God. And behold, you shall conceive, and bring forth a son, and shall call his name Jesus. He shall be great and shall be called the Son of the Highest, and the Lord God shall give unto him the throne of his father David. And he shall reign over the house of Jacob for ever, and of his kingdom there shall be no end.
Luke 1:5

Gabriel means “the strength of God”

And the voice of Michael the archangel, the voice of Gabriel, and of Raphael, and of diverse angels from Michael, or Adam, down to the present time, all declaring each one: Their dispensation, their rights, their keys, their honors, their majesty and glory, and the power of their Priesthood. Going line upon line, precept upon precept, here a little and there a little, giving us consolation by holding forth that which is to come and confirming our hope.
T&C 151:15-17

There are four great angels who hold power over the four parts of the earth, to save life and to destroy. These are they who have the everlasting gospel to commit to every nation, kindred, tongue, and people, having power to shut up the heavens, to seal up unto life, or to cast down to the regions of darkness (T&C 74:8). They are real. They are known as Michael (Adam), Gabriel (Noah), Raphael (Enoch), and Uriel (John); they hold control over air, water, fire, and earth, respectively — the four parts of the earth. In spite of their ministry, mankind should not worship them, nor pray to them. Egypt may have identified and understood them better, acknowledging them as the “four sons of Horus,” but Egypt erred by exalting them to worship and prayer (along with other heavenly beings the Egyptians called neteru and the Hebrews called angels — these comprise the host of heaven led by Jehovah). The first error God corrected for Moses was this idolatry of angels, who are not to be worshipped but are to be recognized and respected as God’s messengers and servants (see Exodus 20:3–5).1Michael means “who is like God”; Gabriel means “the strength of God”; Raphael means “the healing of God”; and Uriel means “the light or fire of the Lord.”
Source: Archangels, the Four 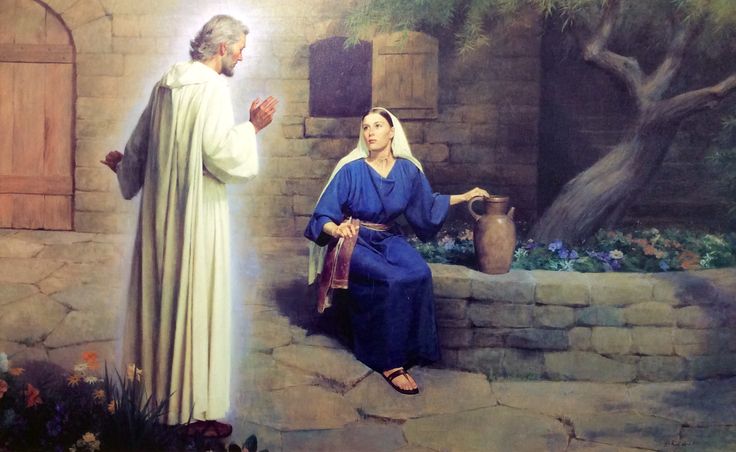 When it was the night on which God honoured him with his mission and showed mercy on His servants thereby, Gabriel brought him the command of God. “He came to me,” said the apostle of