Now none of God’s creatures was more hateful to me than an (ecstatic) poet or a man possessed: I could not even look at them. I thought, Woe is me poet or possessed—Never shall Quraysh say this of me! I will go to the top of the mountain and throw myself down that I may kill myself and gain rest.”
(Ibn Ishaq, Sirat Rasul Allah, p. 106)

The Clot
96:1 READ in the name of thy Sustainer, who has
96:2 created man out of a germ-cel
96:3 Read – for thy Sustainer is the Most Bountiful On
96:4 who has taught [man] the use of the pen –
96:5 taught man what he did not know
96:6 Nay, verily, man becomes grossly overweenin
96:7 whenever he believes himself to be self-sufficient
96:8 for, behold, unto thy Sustainer all must return
96:9 HAST THOU ever considered him who tries to preven
96:10 a servant [of God] from praying
96:11 Hast thou considered whether he is on the right way
96:12 or is concerned with God-consciousness
96:13 Hast thou considered whether he may [not] be giving the lie to the truth and turning his back [upon it]
96:14 Does he, then, not know that God sees [all]
96:15 Nay, if he desist not, We shall most surely drag him down upon his forehea
96:16 the lying, rebellious forehead! –
96:17 and then let him summon [to his aid] the counsels of his own [spurious] wisdom
96:18 [the while] We shall summon the forces of heavenly chastisement
96:19 Nay, pay thou no heed to him, but prostrate thyself [before God] and draw close [unto Him] 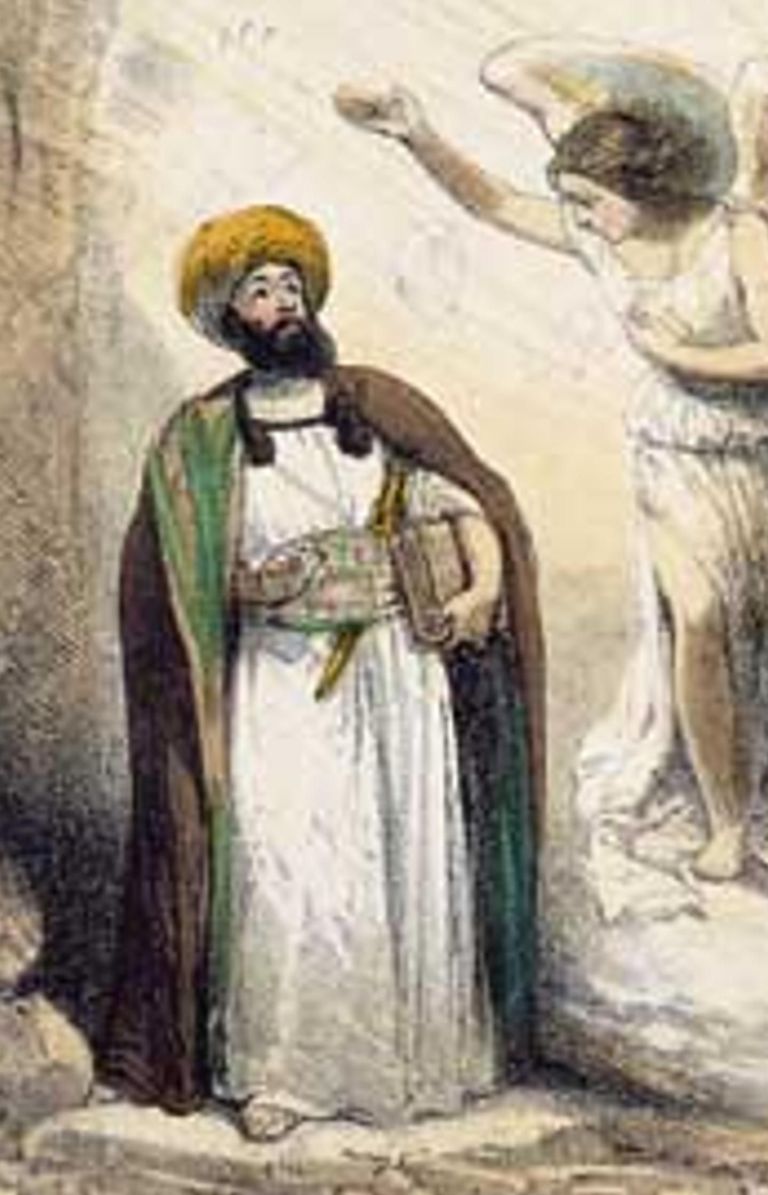 “The New Testament account begins with a lone, obscure priest, cycling through his duties at the Temple, and to his surprise, encountering a vision of the Lord’s angel, Gabriel. It wasn’t Annas, nor Caiaphus, nor