There are four great angels who hold power over the four parts of the earth, to save life and to destroy. These are they who have the everlasting gospel to commit to every nation, kindred, tongue, and people, having power to shut up the heavens, to seal up unto life, or to cast down to the regions of darkness (T&C 74:8). They are real. They are known as Michael (Adam), Gabriel (Noah), Raphael (Enoch), and Uriel (John); they hold control over air, water, fire, and earth, respectively — the four parts of the earth. In spite of their ministry, mankind should not worship them, nor pray to them. Egypt may have identified and understood them better, acknowledging them as the “four sons of Horus,” but Egypt erred by exalting them to worship and prayer (along with other heavenly beings the Egyptians called neteru and the Hebrews called angels — these comprise the host of heaven led by Jehovah). The first error God corrected for Moses was this idolatry of angels, who are not to be worshipped but are to be recognized and respected as God’s messengers and servants (see Exodus 20:3–5).1Michael means “who is like God”; Gabriel means “the strength of God”; Raphael means “the healing of God”; and Uriel means “the light or fire of the Lord.” 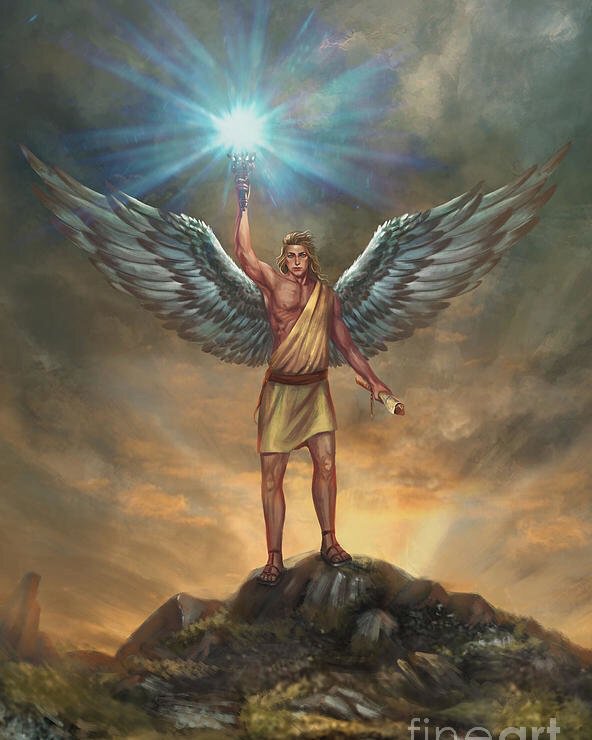 PrevPreviousMuhammed’s appointment through Gabriel
NextUnto You is Born this DayNext

Hapi (Xapi) was one of the Four Sons of Horus, depicted  as the baboon headed human on canopic jars that protected the lungs of the deceased. The spelling of his name includes a hieroglyph which

Kubera (Sanskrit: कुबेर, romanized: Kuberā) also known as Kuvera, Kuber and Kuberan, is the god of wealth, and the god-king of the semi-divine yakshas in Hinduism. He is regarded as the regent of the north