And there was war in Heaven: Michael and his angels fought against the dragon, and the dragon and his angels fought against Michael. And the dragon prevailed not against Michael, neither the child, nor the woman — who was the church of God — who had been delivered of her pains and brought forth the kingdom of our God and his Christ; neither was there place found in Heaven for the great dragon who was cast out, that old serpent called the Devil, and also called Satan, who deceives the whole world, he who was cast out into the earth, and his angels were cast out with him.
Source: Revelation 4:3

“…for Michael the archangel dared not bring a railing accusation against the Devil, but said, The Lord rebuke you, Satan.”
Source: T&C 147:8

And Satan shall be bound, that old serpent who is called the Devil, and shall not be loosed for the space of a thousand years, and then he shall be loosed for a little season, that he may gather together his armies. And Michael, the seventh angel, even the Archangel, shall gather together his armies, even the hosts of Heaven. And the Devil shall gather his armies, even the hosts of hell, and shall come up to battle against Michael and his armies. And then comes the battle of the great God. And the Devil and his armies shall be cast away into their own place, that they shall not have power over the saints anymore at all. For Michael shall fight their battles, and shall overcome him who seeks the throne of him who sits upon the throne, even the Lamb. This is the glory of God and the sanctified, and they shall not anymore see death.
Source: T&C 86:28

But behold, verily I say unto you, before the earth shall pass away, Michael, my archangel, shall sound his trump, and then shall all the dead awake, for their graves shall be opened and they shall come forth, yea, even all. And the righteous shall be gathered on my right hand unto eternal life, and the wicked on my left hand will I be ashamed to own before the Father. Wherefore, I will say unto them, Depart from me you cursed into everlasting fire prepared for the Devil and his angels.
Source: T&C 9:8

Commencing with Adam, who was the first man, who is spoken of in Daniel as being the Ancient of Days, or in other words, the first and oldest of all, the great grand progenitor, of whom it is said in another place, He is Michael, because he was the first and father of all, not only by progeny, but he was the first to hold the spiritual blessings, to whom was made known the plan of ordinances for the salvation of his posterity unto the end, and to whom Christ was first revealed, and through whom Christ has been revealed from Heaven and will continue to be revealed from henceforth. Adam holds the keys of the dispensation of the fullness of times; i.e., the dispensation of all the times have been and will be revealed through him, from the beginning to Christ, and from Christ to the end of all the dispensations that are to be revealed.
Source: T&C 140: 3 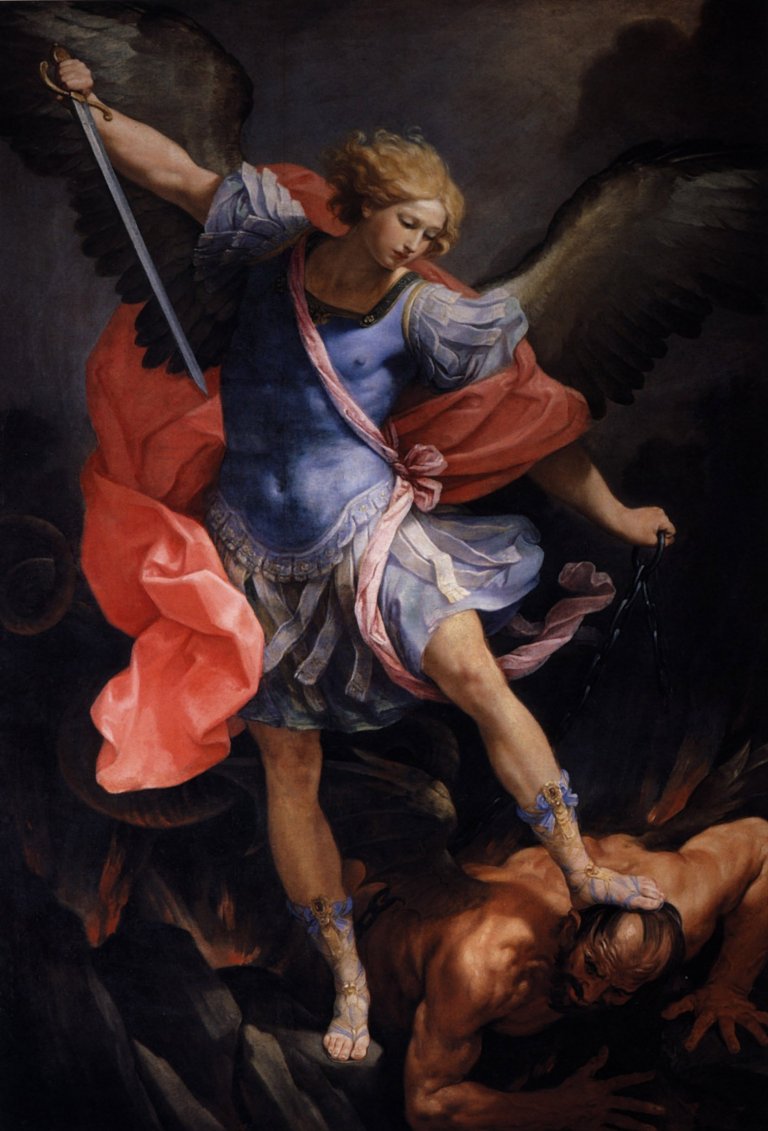 Michael descended and he came to the earth, and he was known as Adam in mortality. … Adam is the one in the East—the angel who is considered the one who presides over and has