And when they had departed, behold, the angel of the Lord appeared to Joseph in a vision, saying, Arise and take the young child and his mother and flee into Egypt, and remain there until I bring you word, for Herod will seek the young child to destroy him. And then he arose, and took the young child and the child’s mother by night, and departed into Egypt, and was there until the death of Herod, that it might be fulfilled which was spoken of the Lord by the prophet, saying, Out of Egypt have I called my Son.

Then Herod, when he saw that he was mocked of the wise men, was exceedingly angry, and sent forth and slew all the children that were in Bethlehem and all the region thereof, from two years old and under, according to the time which he had diligently inquired of the wise men. Then was fulfilled that which was spoken by Jeremiah the prophet, saying, In Ramah there was a voice heard, lamentation, and weeping, and great mourning; Rachel weeping for the loss of her children and would not be comforted because they were not.

But when Herod was dead, behold, an angel of the Lord appeared in a vision to Joseph in Egypt, saying, Arise, and take the young child and his mother, and go into the land of Israel, for they are dead who sought the young child’s life. 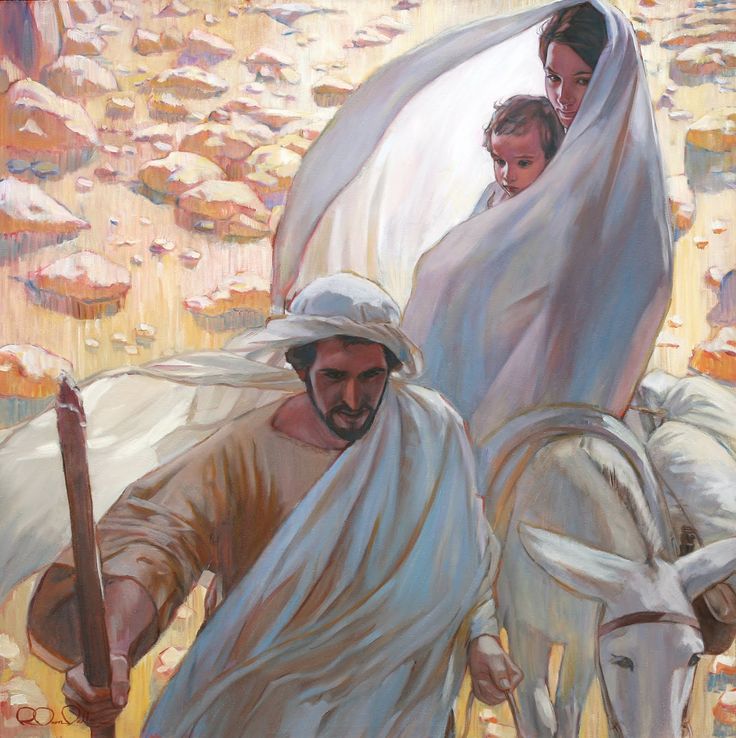 According to the Bhagavata Purana immediately after Krishna’s birth Kamsa, the wicked king of Mathura, threatened Krishna’s life. The baby’s adopted father, Vasudeva, secretly took him to the countryside as soon as he was born.